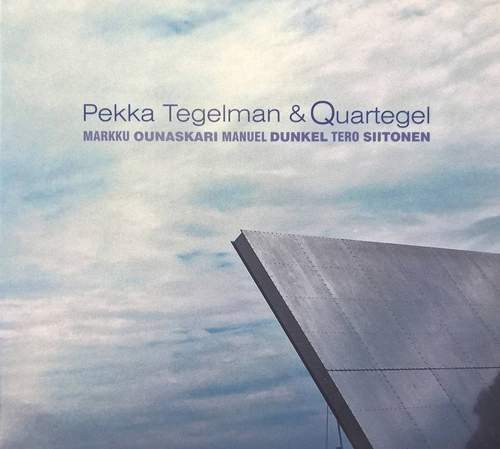 Guitarist Pekka Tegelman was one of the founding members of the 70s Finnish jazz-rock band Finnforest; after three albums, they split and Tegelman spent most of the next thirty years being an in-demand guitarist doing studio sessions for other artists of all kinds. In 2010 he finally returned to the jazz-rock world with a new group called Kulumo and the album Bound, with his twin brother Jussi (also previously a member of Finnforest) playing percussion and on the mixing board. Fast forward through several vocal projects and we arrive in 2017 and Pekka has a new instrumental fusion quartet called Quartengel, which also fetures the brilliant saxophonist Manuel Dunkel, double bassist Tero Siitonen, and drummer Markku Ounaskari, plus additional guests on percussion as well as Jussi Tegelman on a second drum kit on “Time to Time,” as well as mixing and mastering, with Pekka Tegelman being the sole compser. The material ranges from softer acoustic guitar-centric compositions like “Path” and “Two Towns” to full-on uptempo jazz-rock pieces like the aforementioned “Time to Time” and just about everything in between. The opener, “All Folks,” is especially striking from the compositional angle, seeming to relish a sense of unpredictability. Closer “The Twilight” is the only track that has vocals — some backing voices by Pekka Tegelman near the end of the tune, just before the saxes take it home. While this is not Finnforest, those who enjoyed their early albums are sure to find a musical home herein.