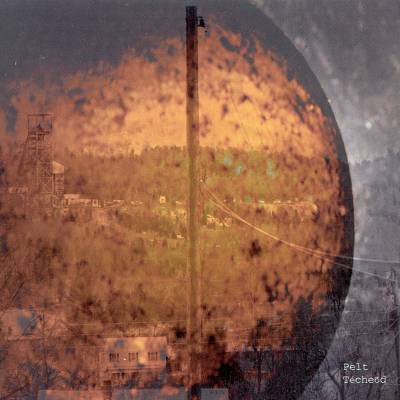 Here we have three ambient tracks from a not-so-dark trio on the indie VHF label. According to the label website, the title of this album is pronounced "Tay-hoood," but I'm still not certain what relevance it has to the disc. Instead I'll try to break down the pieces in order on this, the group's third release: "New Delhi Blues" has a slack Indian tone foundation to start with, while sound development is linear with a few notable swells. The basis for this ambient tone piece use two types of recorders (both tenor and alto) which provide a light eastern flavor to an average drone setting. "Big Walker Mountain Tunnel" has the distinct flavor of a long metallic structure, heavy with noise construction feedback which creates a tense sensitivity. Painting on top of that canvas, the three players: Jack Rose, Mike Gangloff, and Patrick Best have worked to directly control background disturbance. By creating a bouncy foreground with electric guitars, the tone later degenerates into a (gasp) melodic Eno-ish guitar arpeggio. This is probably the most successful improv on the disc. The last sound sculpture, "Mu Mesons" is more noodling over prominently static matting. Overall, it's difficult to sense a grand scheme across the sometimes maddening sound collages, but that is the beauty of the art I believe. I have a hard time accepting those true fans do active rather than passive listening to this and similar works. Técheöd is a creation for creators and not necessarily listeners. But appreciation is in the ear of the experience and of course the novice music aficionado.