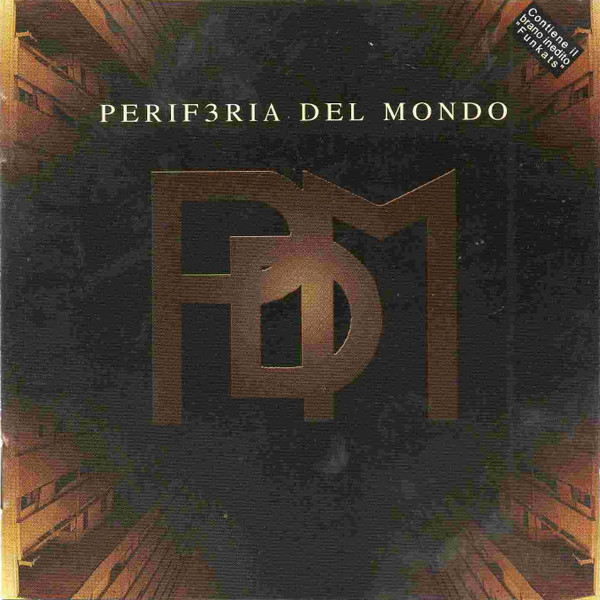 Their third album, my first to hear. There’s a good variety of tones and influences here, not really like anything else I can think of. Some of the heavier parts remind me of the heavier moments off of Minstrel in the Gallery or Octopus, but the prominent woodwinds (saxes, clarinet, flute, recorder) always break that similarity. Occasional electronic noodling, spoken Italian, and environmental noises offset the composed sections. And there’s even a little cocktail jazz thrown in to keep you guessing. From the description it may seem as if this band is going in many directions at once, but it really holds together. All of the players are quite skilled, and the vocals are good as well; the sax in particular stands out as being better than in most rock bands with sax. In some ways, it makes me think of an updated version of the Mirage Camel if Mel Collins had been in the band. The only box you can logically put Periferia in is the Progressive Rock one, but they don’t really fit with much of the rest of what’s in there these days. And they don’t sound retro either, in spite of the occasional Hammond or Mellotron type sound. Varied, unhurried arrangements, sometimes complex, well played with a bit of exploratory spirit – seems like there ought to be room in the prog world for this sort of thing. I’m certainly enjoying it, which means I need to get hold of the previous two.

John Wetton & Richard Palmer-James - Monkey Business 1972-1997 – When was the first time you heard “Exiles” or “The Great Deceiver” and were taken aback about the lyrics? It’s a pretty strange role to find yourself by trying to fill...  (2000) » Read more