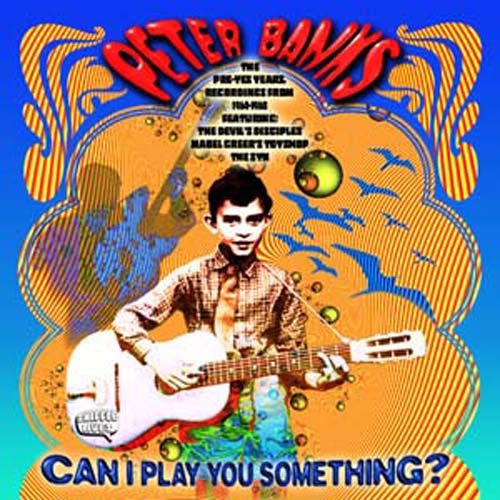 Guitarist Peter Banks continues to dig deep into his roots and comes up another winner with his latest disc. This one is of keen interest to collectors of the psychedelic era, since that’s where Banks and fellow soon-to-be Yes man Chris Squire cut their teeth playing trendy pop music with an endearing approach. Make no doubt about it, demos and singles such as the original version of “Beyond and Before” are rare psychedelic ear fodder. But historically you can hear the seeds of Yes in these early tracks. “14 Hour Technicolor Dream” was directly influenced by a 1967 happening which features some great guitar work comparable to that of Steve Howe’s early group, Tomorrow. There are two tracks from the Devil’s Disciples, Banks’ first professional group that also places him as part of the first British Invasion. Also included is what must be the first lead vocal from Squire himself on “Get Yourself Together,” a somber ballad with unison bass and wobbly wah-wah guitar — a true underground classic. Overall, 12 tracks are collected together with modern segues interspersed to add cohesion to the disc. Banks’ own recent recordings vary from tranquil (as on “Yesterdays” or “Cinnamon Touch”) to brash (1980 jam band version of “Peter Gunn” or “I Saw You! (Bang / Crash)”). He himself provides a surprising recollection of details in the ten-page booklet complete with Pete Frame like band tree. Overall, this disc is as much for extreme collectors as it is for novices of swinging 60s art music.

When the Giant Howls, He Has a "Dirtmouth"