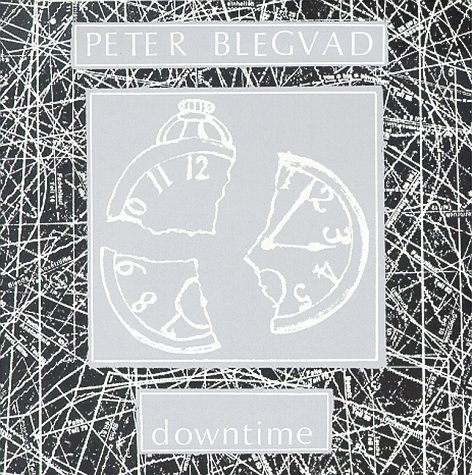 After Peter Blegvad’s first two solo albums (The Naked Shakespeare in 1983 and Knights Like This from 1985) failed to make much money for his record label, the former Slapp Happy songwriter found himself without a source of money to finance his next recordings. He managed to slip in cheaply at short notice during bits of time when a recording studio near his home found itself unbooked, thus the title of his 1989 release, Downtime. Like his earlier albums, the songs are witty and full of wry observations of life, probably a bit too literate for mainstream acceptance, but he strips down the instrumentation to a bare minimum. He is joined by John Greaves, Chris Cutler, Kristoffer Blegvad, Jakko Jakszyk, Tony Maimone, Phil Shaw, and Mick Hobbs for rather simple, loose arrangements that leave his guitar, voice, and words to shine. These songs are full of wonderful turns of phrase that really make me smile, like “I passed a man the other day, twice my age and half as drunk as I was” (“Strong, Simple Silences”), or the finale of the original album’s songs, “Crumb de la Crumb”: “The planet’s condemned, from sultan to skid row bum, from the crème de la crème to the crumb de la crumb.” For this rerelease, three tracks have been added, two of them (the piano and spoken word “Actual Frenzy,” which reminds me of Kew.Rhone, and the percussion with chanting of “The Green Boy”) stranger than the original songs, one that fits right in.