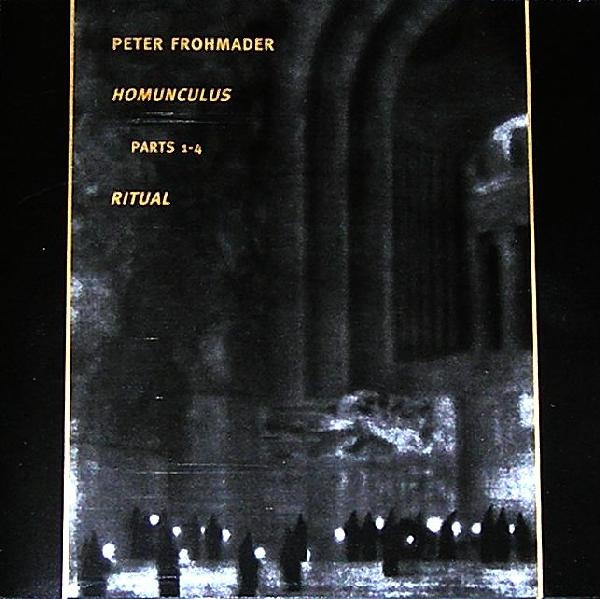 Multimood, already surprising us with the well packaged Stringed Works, has done it again with this three albums on 2CD package. Comprised of three of Frohmader's best albums, this is a great treat for fans, especially with the improved CD sound. This compilation covers three albums during Frohmader's mid-80s activity – both Homunculus albums, comprising four parts each over twenty minutes long, and the Ritual album. As a grouping of Frohmader’s albums, these all work well together. They're all somewhat similar in style, drawing from the dark mysterious esoteric well of his early Nekropolis albums as well as predicting the digital tendencies of his Cuneiform releases. Frohmader has created quite an original style of music, one that’s hard to describe. The music is very somber for the most part with a somewhat gothic atmosphere. There are drum machines and sequencers; tones that usually sound too mechanical in rock but work here well as sonic anomalies. Ritual is the most rock or upbeat of the three and is close somewhat to the Nekropolis Live album at times although the result is more the work of an individual than a group. The Homunculus albums are stronger and more surreal. The second volume (Parts 3 & 4) has guest appearances by Chris Karrer and Iva Bittova and is slightly more intense than the first. All are unquestionably very original, very weird and will add over two hours of unsettling sonic experiences to your collection.