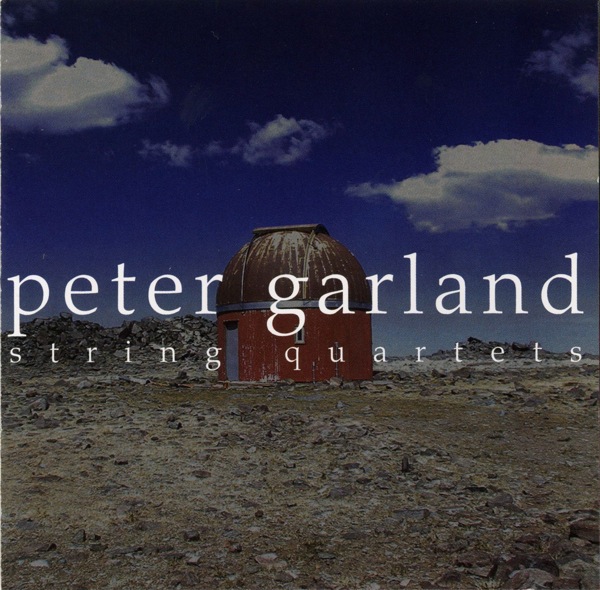 Exuberant, bright and energetic, these two string quartets performed by Apartment House ( a traditional line-up of two violins, viola and cello) manage to cover a few centuries’ worth of style while never departing from a very contemporary aesthetic that finds unique inflections from Native American and Japanese cultures. Garland’s first, “String Quartet No. 1, ‘In Praise of Poor Scholars,’”seems to reference a number of styles and periods, but does so in a somewhat superficial way, acknowledging diverse compositional techniques without resorting to either emulation or pastiche. Like the music, the titles’ inferences are playful and poetic. Movements are given engaging, conversational and descriptive names: “Like an elegant slow dance...” and “Like a simple Indian dance–elegant and eloquent.” So like, but at the same time unlike. The six movements of “String Quartet No.1” display theme and variation – the opening movement “Rondeau ‘nouveau’” displays a deft and rapid progression that shifts from a simple opening phrase through multiple variations to a sort of phase music peak all in a matter of just a few minutes – as well as a more intuitive slip and slide contrasts in rhythm, timbre and touch. The five movements of “Quartet No. 2, ‘Crazy Cloud’”are as immaculately detailed as the and demonstrate a somewhat broader emotional range, momentarily setting aside the ever present vigor and shine for a somewhat minor-key movement that is reflective, slower, even a bit mournful. Garland provides listeners with access to remarkably intelligent and highly approachable 20th century works.