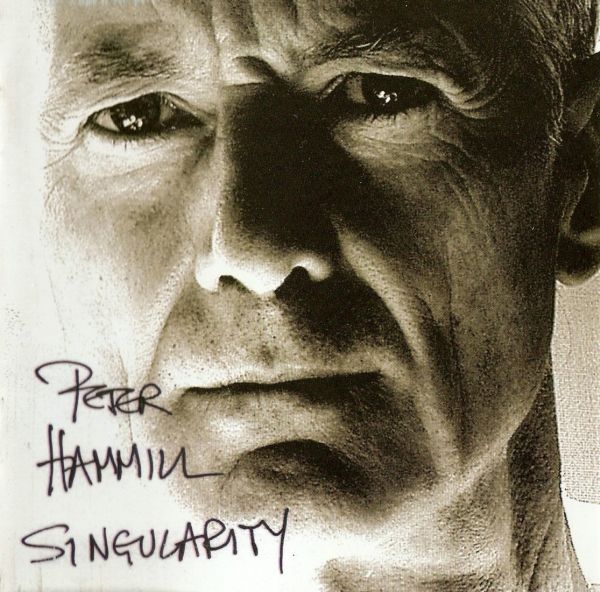 Peter Hammill’s hardened stare adorns the cover of the songwriter’s current recording from his home studio in Wilts, UK. If fans needed any reminder, the singer’s stance has always included serious performance and wordplay that pushes you to familiar and unsettling space. The disc opens with an honest self-deprecating statement “Our Eyes Give It Shape” visiting the recent life-threatening events than nearly took his life. Hammill continues to visit familial topics with “Meanwhile My Mother,” comparable to more recent songs such as “Since the Kids” or even “Autumn” from Over. The songwriter’s best deliveries come on “Naked to the Flame” and “Vainglorious Boy.” The former piece captures the essence of the artist’s best acoustic guitar driven pieces where lyric and delivery mesh easily. The latter track imparts a scathing thread where the singer calls out a media loving-sycophant labeling him a dipshit – a songwriting first! Up next, the slight improv piece, “Of Wood, of Wire” leads into “Friday Afternoon” about an ill-fated date with destiny. Hammill’s distorted guitar playing graces many of the tracks adding a purposeful weight to the entire set of recordings. Closing out the disc is “White Dot” that bears down on the listener with intensity reminiscent of classic pieces like “Faculty X” or “Energy Vampires,” but the subject matter is more persistently uncertain. Overall there are so few artists consistently rewarding given the common pratfalls and grand derailments akin to rock and roll.