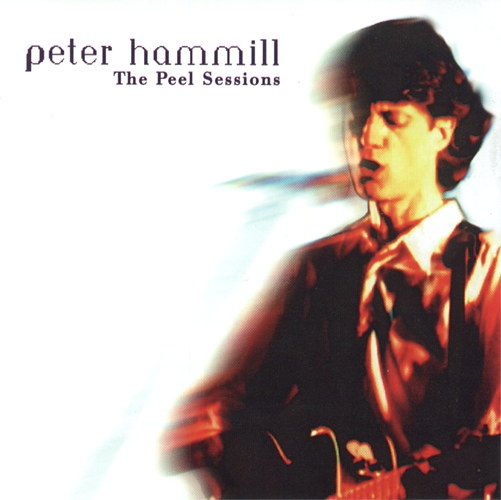 At last the quintessential cult artist has received the cherished BBC Peel sessions treatment! Peter Hammill' 25th official release (excluding recent compilations and bootlegs of note) encompasses a body of work spanning fourteen years of esoteric genius. This is a solo work in the truest sense: mostly simple vocal, piano and guitar giving the disc a characteristic, stark, bare bones atmosphere. Time slices represented are as follows: early period Van der Graaf Generator tracks such as “Afterwards” ( a very delicate rendition featuring Graham Smith's gracefully mournful violin) and a choice version of “The Emperor in His War Room”; 1977 tour material (from Over) including a bitter rendition of “Betrayed,” thirdly is The Future Now / pH7 period (“Mr. X Gets Tense” is probably one of the scarier tracks on here due to make your skin crawl in no small part to pure vocal projection). Lastly, more produced material from In a Foreign Town. Probably the best tracks are “Faint Heart and the Sermon” ( from 1974's classic In Camera) which captures him in iconoclast mode: strong, pushy, the challenging, uncompromising voice in anguish. Final plugs: anyone who could perform a song (even if he didn't write it) and refer to my favorite comic book character, Doctor Strange is pretty cool stuff. Not for the faint-hearted, but still highly recommended and maybe a good starting point for beginners, er... skip that last comment, but search it out anyway.