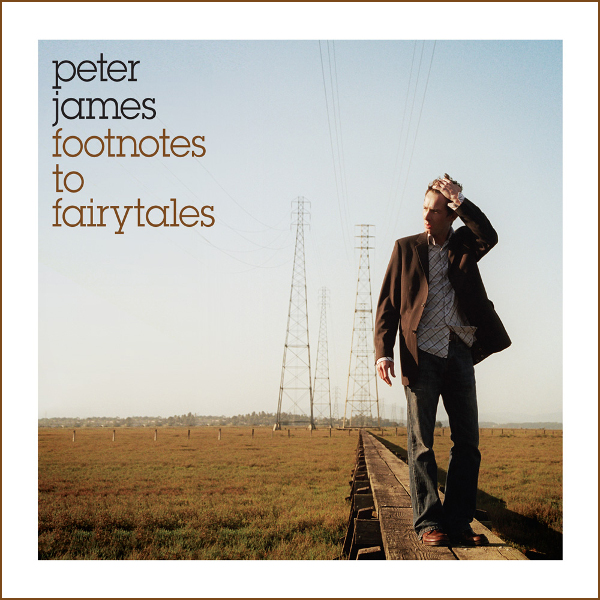 Bearing an intimate and individualistic style rooted both in folk music and minimalism, Bay Area (by way of England and Hong Kong) guitarist, singer, and songwriter Peter James has appeared on the scene, seemingly out of nowhere. With a passion and gentleness that evokes a deep-rooted and honest lyrical sensibility, his music conveys a strong sense of cinematic imagery, stark and shimmering, haunting and dynamic, like some surreal journey through an inner world of variegated emotions while never leaving the warmth of your fireplace. His music is at once introspective and outward in its appeal, casting the imagination far beyond the realities of everyday life. An accomplished guitarist, he plays six, eight, and ten-string acoustic, yet his playing is mostly supportive and not overtly showy. But it’s James’ compositions and voice that give the eleven tracks herein their unique far reaching character. By comparison, some might be reminded of Nick Drake, Duncan Browne, or even David Sylvian; certainly he is in superlative company there. Supporting musicians include David Lofton on guitars, piano, and backing voice, and Daniel Panasenko on Chapman Stick, bass, harmonium, and keys, with additional players on drums, cello, and tabla. Overall, Footnotes to Fairytales is a remarkable debut, one that in fact doesn’t sound like a debut at all, but instead the work of an accomplished veteran. My highest recommendation.