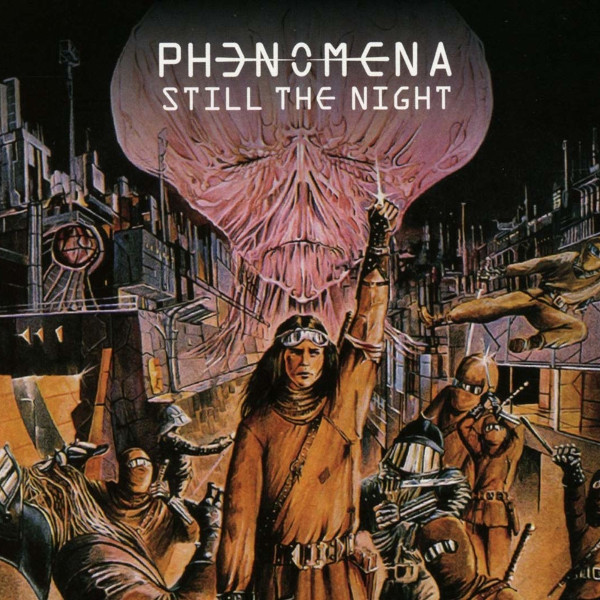 You know how in some Hollywood movies, when they need a rock song for a scene, you’ll hear some very generic music that sounds vaguely like one of those 80s pop-metal bands, like the music was assembled from the same building blocks as Poison, Ratt, Dokken, Skid Row, Warrant, Cinderella, Hanoi Rocks, and any of a dozen others? If you programmed an artificial intelligence system to listen to all of that music and devise a set of rules to produce songs in the same style, and then used those rules to write and record songs, you would end up with perfect music for a soundtrack — it gives the mood and impression of the style without being original or distracting from the movie’s action. Still the Night is an album that sounds like a compilation of those generic rock songs and would be right at home in a film that takes place in the 80s. Phenomena may not be the product of an AI system, but the same process happens unconsciously in the minds of human composers who seek to imitate an established style. The fact that some of these tracks do in fact date from the 80s makes no difference, as the ones of more recent vintage don’t sound any different. A while ago I reviewed another compilation of Phenomena tracks, and six of those also appear on this collection. The defining factor is that Still the Night features songs sung by Glenn Hughes, formerly of Deep Purple, Black Sabbath, Trapeze, and a bunch of others. He’s a strong singer, but he’s not well served by this parade of rock clichés. Die-hard Hughes fans and Whitesnake junkies will probably eat this up (if they don’t already have the original albums), but most of us can safely ignore Still the Night.