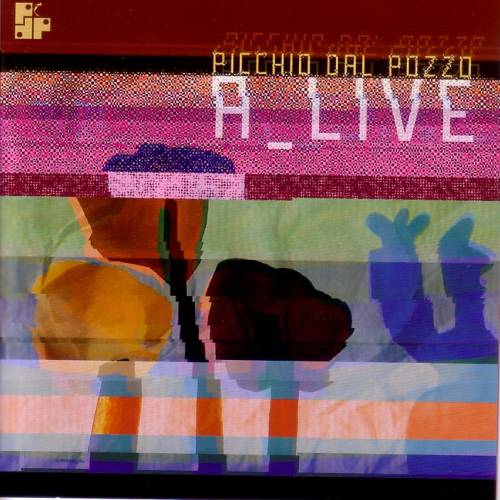 Many great Italian progressive bands reformed in the 90s and early 00s (some returned to their roots after years of producing pop music), and PDP is one example of a band that made a real difference back in their day, and still has a lot to offer today as well. This live show, which draws the bulk of its material from the band’s eponymous 1976 debut album, was taken from a performance at the Altrock festival in Milano, November 2008. Picchio Dal Pozzo today features founding members Aldo De Scalzi (keys, bass and vocals) and Paolo Griguolo (guitars, flute, vocals), along with longtime drummer Aldo Di Marco and percussionist Dado Sezzi. But even in their heyday the band always had an expanded lineup and plenty of guests to assist in realizing their compositions, and so it is with this live set, where five members of Yugen are sitting in, contributing additional guitars, drums, saxes, bass clarinet, keyboards, electric and acoustic piano. What we have is mostly the band’s earlier symphonic and chamber style compositions, full of beautiful and delicate melodies and subtle complexities, although on one piece (“Uccellin Del Bosco”, originally from Abbiamo Tutti...) it would seem they are doing a fine job of channeling Frank Zappa. For those not familiar with the band’s work, I’d have to recommend those first two albums and Camere Zimmer Rooms as a starting point, but for those already tuned in to PDP, this live set is indispensable.

Biota - Object Holder – A project over two years in the making, this effort includes a huge number of musicians on 24 tracks, the most notable names being RIO staple Chris Cutler (percussion, electronics) and Susanne Lewis...  (1995) » Read more