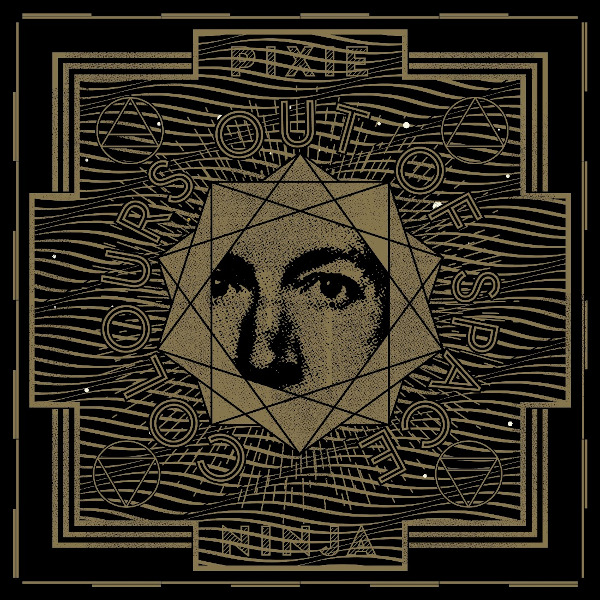 “The Color out of Space” is probably the best known short story by horror writer H.P. Lovecraft. Since it was published in 1927, this tale of supernatural horror has fascinated both filmmakers and musicians alike. The story has been on the silver screen at least four times, the most recent being 2019. Now this tale of an alien lifeform invading the backwoods of an alternate New England is told through five instrumentals by Scandinavian band Pixie Ninja on their second album Colours out of Space. And to augment the outré ambiance of the music, Lovecraft’s haunted gaze stares out at you from the center of the album artwork. Using vintage instruments such as the Orchestron, maestrovox, Fender Rhodes, and Mellotron combined with modern synths, Pixie Ninja conveys the raw horror of the blasted heath and the alien that drains the life from the local residents. The mysterious and spooky title track sets the stage, shifting between crystalline electronics and aggressive prog rock, climaxing in an alien attack. The second track, “Leng Plateau,” draws inspiration from Lovecrat’s “At the Mountains of Madness.” The alternating quiet interludes of toy piano and telephone sounds with raw prog metal cast a glimpse into the crazed mind of the explorer venturing in the Antarctic dwelling of the Elder Things. “CosmiK” is a bit shorter piece, a gentle floating atmospheric sci-fi soundtrack. The fourth track, “Hutchinson Cipher,” draws upon Lovecraft’s novel The Case of Charles Dexter Ward, the work just preceding “The Color out of Space.” Pixie Ninja’s instrumental it a paranoiac journey that touches upon The X-Files along with a King Crimson-inspired bass solo. And the album closes with “Strange Days,” a dark ominous track with prominent Mellotron choirs and organ. If you are a fan of all things Lovecraft, gothic instrumentals, or vintage instruments, check out Colours out of Space.

Gamelan Sekar Jaya - American Works for Balinese Gamelan Orchestra – The tiny island of Bali in Indonesia carries over a thousand years of rich musical tradition, originally founded in the collision of Javanese, Hindu, and indigenous cultures, the music of Bali is...  (1994) » Read more