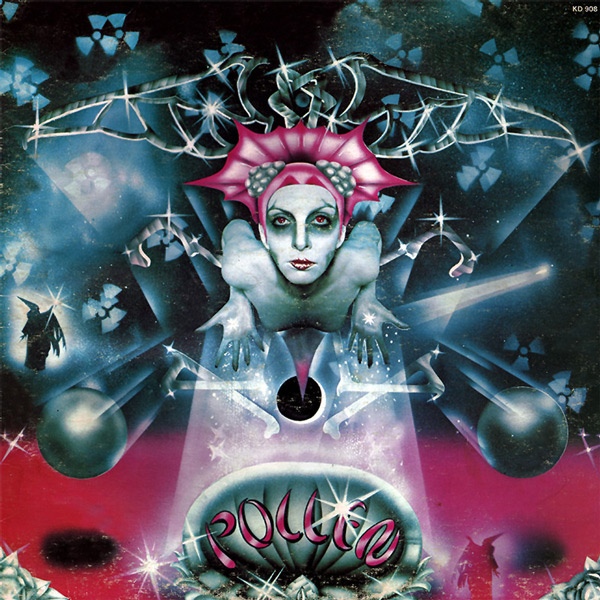 The Canadian symphonic progressive scene is one that unfortunately has avoided CD reissue except for the occasional release such as Harmonium, Spirit of Christmas, and the much harder to find Opus 5. There is a great deal of excellent to be reissued form this country, and Distribution Mezzo has risen to the task with plans for reissue of Maneige third and fourth and Sloche's two albums. Pollen is the first of the 70s reissues and was a smart choice, it should appeal to most fans of the vein. Pollen are a quartet led by multi-instrumentalist Tom Rivest who plays bass, some guitar and often keyboards. In fact three out of four musicians double on keys — various analog synths, clavinet, piano, and others. Comparisons can be drawn to other effective dual-key groups — Corte dei Miracoli and Argentines Pablo "El Enterrador" act as decent pointers. Obviously much closer in style would be the inevitable influence of the Anglo-prog bands — Yes and Genesis in particular — the dynamics, melodies, and general feel are remarkably familiar. As with bands like Sloche and Maneige, there is a strong French influence similar to groups like Carpe Diem or Dün, that give it a more European feel. I suppose original isn't the word to use, especially for 1976, yet this is definitely another great album in this vein. Many would call this a classic — I find the first side (especially tracks 2 and 3 on the disc) to be a little too laid back to give it that award. Regardless, this is essential music for the symphonic connoisseur — those looking for more originality might look elsewhere. I still have a soft spot for albums like this.