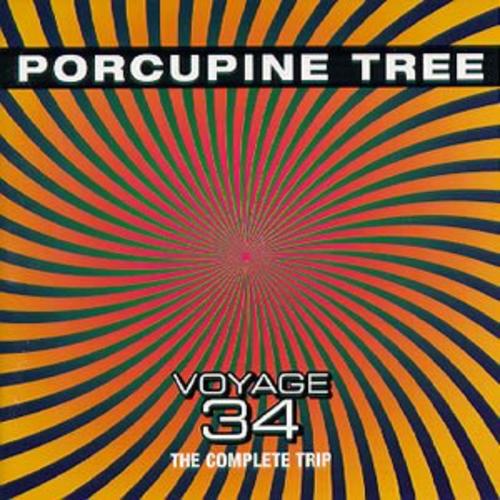 History: In 1992, Porcupine Tree was a little-noticed solo project of Steven Wilson. The first album had made little splash on the progressive psychedelic scene. Wilson decided to bring a little less nostalgic feel to his second album, and Voyage 34 had enough in common with ambient electronic music of the time to catch the attention of his record label. The single thirty-minute piece was divided into two “phases” and released as a single. It did well, and a year later, Delirium released another Voyage 34 single, this one containing remixes by Astralasia (“Phase III”) and Wilson himself (“Phase IV”) aided by Richard Barbieri. Porcupine Tree was no longer unknown. Music: The first two phases bear more resemblance to Pink Floyd than The Orb, being based on a guitar-with-delay part that would be at home in The Wall (Wilson cites Ash Ra Tempel as his main influence, however). A narrative flow is added by spoken bits taken from an LSD propaganda album from the sixties describing “Brian’s 34th trip.” Wilson’s soaring guitar is backed by programmed drums and walls of keyboards, an example of space rock at its finest. The additional phases are quite different, exhibiting only the subtlest of rhythms amid acres of ambience for most of their duration. “Phase III” does work up to a mid-tempo beat after five minutes or so, but “Phase IV” remains pretty free-form throughout. For fans of the Tree, this is a great chance to get a glimpse into the early days, when Wilson was starting to discover what kind of fruit a Porcupine Tree would bear.