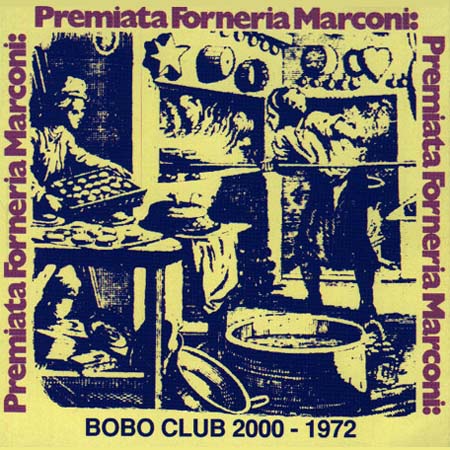 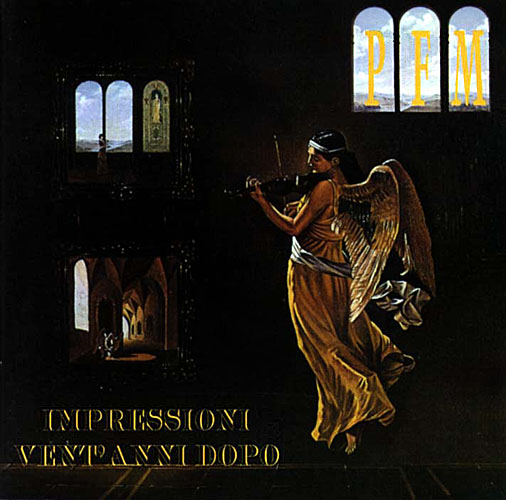 Being that PFM's Per un Amico ranks among my favorite albums of all time, I had been anticipating hearing a live show around that era — circa 1972 — for quite some time. Both of these CDs released almost simultaneously are from that year, so I decided to check them out, regardless of the reports of atrocious sound quality. Yes they both sound like shit, yes they're very grungy and murky recordings, and they sound worse than most live shows of similar "legality." To boot (ahem), upon further investigation I found out that not only were these from the same year but also from the same date and club — yes two companies releasing the same show at the same time. And I'm pretty sure it's the Bob Club (not Bobo). Is there a difference? Well the 2CD set is the complete show and includes the excellent show opener "Appena un Po" that Bobo Club 2000 does not. It also includes similar quality, chopped up versions of 1971 TV appearances of a couple classics. It's up to you whether those are reasons or not to pay the extra $10-spot for (around 15 minutes extra plus song introductions and English translations in the booklet). The sound quality is barely different, maybe a little better on the 2CD set. Onto the performance... It would be really nice to hear this clearly, as this is yet another example of just how intense some classic bands performed live (Gong, Magma, Univers Zero, and Happy the Man are a few examples). Check out the 13-14 minute version of "Generale" that ends up in a ripping fusion improvisation that is much more intense and rocking than you'd expect from PFM. Fortunately, there's lavish amounts of Mellotron (occasionally self-detuning as usual) and despite the wretched sound quality, the music still comes across as really rich and lush. Some of the rhythms and intros are slightly different giving this a quicker and more heavy feel. This is brilliant material from a quintessential band, and despite these being two of the worst sounding CDs in memory, two companies felt it worthwhile to release this show. I'd rather get a cassette copy, they're much cheaper and there would be little difference in sound quality. If you fit these categories — Italian rock fan, PFM completist, and collector of murky live relics — then this is for you. Otherwise you'd certainly waste your time.

Garden Wall - Principium – Garden Wall are an Italian neo-prog four-piece who have recently released this, their first album. If the name of the band sounds familiar to you, recall Garden Wall was one of the names Genesis...  (1994) » Read more