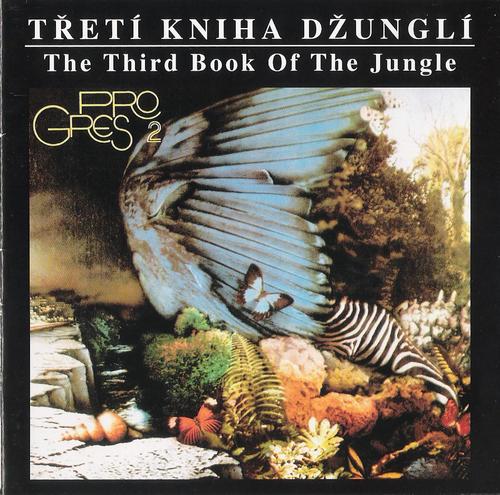 This was originally a double album released in 1981, and on CD it clocks in at a few seconds shy of 80 minutes! From Czechoslovakia, Progres 2 is at times symphonic, at times more electronic, at times maybe even a bit "euro-techno," and at times simply unique. I can't really think of any pointers, but if I had to try (be aware this is stretching it a bit), maybe a vocal SFF? There are some fine musical moments that, even listening from a prog point of view, one can't help but find delightfully "catchy," in the best sense of the word. The sound on Tretí Kniha Džunglí is defined by a heavy synth presence, though never leaving the strong guitar and rhythm section far behind. There is a somewhat dark, aggressive edge that runs through the album, and the songs for the most part flow into each other, with shorter pieces serving as interludes or introductions to some wonderful six to eight minute tracks. The vocals are strong and clear and are sung Czech. All in all an excellent album and an excellent value on one CD.