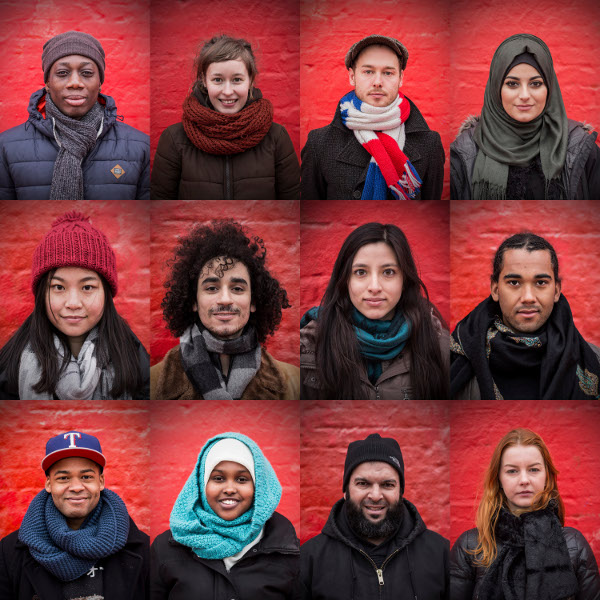 Psychic Equalizer is the musical project of Spanish jazz pianist Hugo Selles, now living in Copenhagen, Denmark. Hugo started his project in 2011 with the aim of mixing different genres into a style where he could express himself without limits. Over the course of 13 instrumental tracks, The Lonely Traveller tells the story of the journey from adolescence to adulthood, the growing consciousness of other people in the surrounding world, experiencing love, and overcoming doubts. On this musical journey Hugo (piano, keyboards, and synths) is joined on various tracks by Quico Duret (guitar and effects), Morten Skøtt (drums), Carlos Barragán (classical guitar and voices), Nikolai Petersen (vibraphone and percussion), Katerina Anganostidou (celesta), Jan Irlind (balalaika), India Hooi (voices and hulusi), Joaquin Páli Palomares (first violin), Khalida De Ridder (second violin), Johanna Baarlink (viola), and Adriana Isaku (cello and voices). The music is a fusion of jazz, progressive rock, and classical music that at times reminds me of Fripp and Eno’s collaborations or Jade Warrior. Many of the tracks are quite contemplative and moody, and when the ensemble rocks, the music remains an enjoyable listening experience. The album begins with “Mezuz,” a piece about the loss of childhood innocence told through simple phrasing that gradually becomes more complex. “An Ocean of Changes (I-IV)” segues from “Mezuz” and is about growing up. The title track is a short 53 seconds about becoming an adult, a duet between piano and balalaika. This is followed by “Lágrima,” with a string quartet and simple piano riff that expertly conveys a feeling of melancholy. Hugo deals with the melancholy by moving on in “Adrift,” with rapid piano loops and electric guitar. Next is “Peña Labra,” named for a mountain in northern Spain, and a slow chamber rock piece about overcoming obstacles. Then Hugo takes us “Flying over the Caucasus” with a bit more jazz than the prior tracks. Eventually we land in India where the Teesta and Rangeet Rivers meet and local tradition has the male and female rivers uniting in marriage in the spaghetti western sounding “Lovers Meet.” Then we spend some time reflecting on the past with the jazzy “A Collection of Marbles.” “An Ocean of Changes (V-VI)” reinforces the importance of adapting to the world and the Chinese instrument hulusi makes its only appearance on the disc. Now we reach “A Visit to Adelaide” and the inspiration for the album, an instrumental that alternates between quiet piano and progressive rock. “Nørrebro” is a grey day spent longing for a love that swells to a climax. And the disc closes with the bonus track “Never Lose Hope,” a short moody jazz piano sketch. If you enjoy pleasant cross-genre music, then The Lonely Traveller is for you.