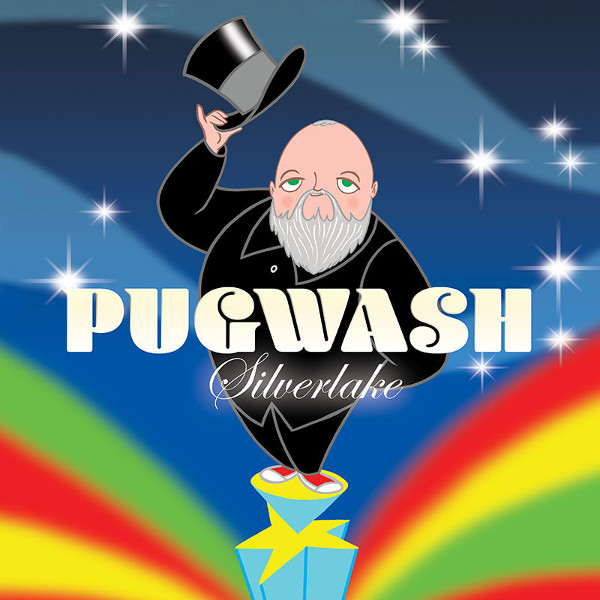 Thomas Walsh, aka Pugwash, has been recording and performing his unique blend of ELO, XTC, and Beach Boys pop rock for over 20 years. Hailing from Drimnagh, South Dublin, Walsh caught the attention of his musical heroes, but somehow has eluded mainstream success. Perhaps the time is now with the release of his seventh album, Silverlake. What is different with Silverlake is that for this release, Pugwash is essentially a collaboration between Walsh and Jason Falkner. Walsh wrote, arranged, and played acoustic guitar on all songs, while Falkner played everything else except the strings, sang backing vocals, recorded, and produced the album. The result is a set of eleven pop-rock songs plus a bonus track featuring Walsh’s catchy melodies and soothing vocals, plus Falkner’s sonic footprint. The songs range from singer-songwriter ballads to pop-rock tunes with a bit of ELO and Beatles influence, along with a nod or two to The Byrds and West Coast psych. Exquisite vocal harmonies abound. And once in a while Pugwash throws in one or two jazzy bits and even some experimental tricks like reversed tapes and echoed / reverbed vocals. The bonus track is an exceptional trippy pop psych ballad. It is challenging to single out individual tracks as the entire album is a joyful listening experience. So do yourself a favor and snag a copy of this album, you won’t be disappointed.