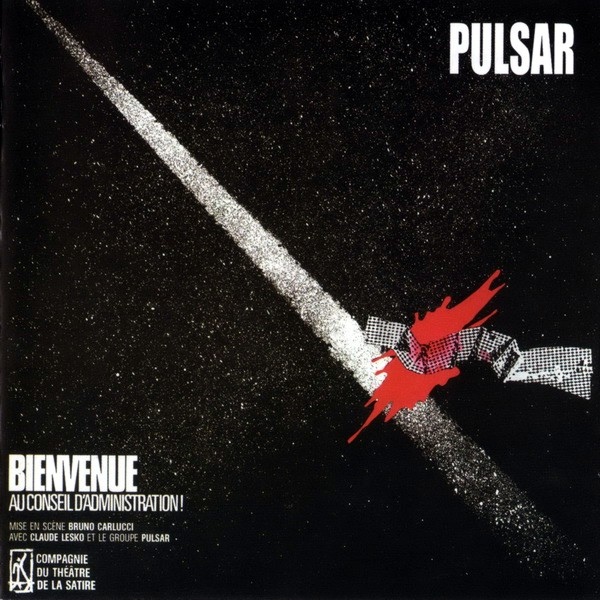 Coming off the success of their first three albums, and facing the rise of the punk esthetic with its corresponding decline in the popularity of complex music, Pulsar began to work within the theater, composing and performing music for plays produced by the Compagnie du Théatre de la Satire in Lyon. The music on this album was created to accompany an adaptation of a story by Austrian Peter Handke, the title of which translates to “Welcome to the Board of Directors!” The music varies from symphonic to near jazz-fusion, and there is some very nice playing from Gilbert Gandil on guitar, Roland Richard on flute and sax; keyboard textures are supplied by Jacques Roman. All that is well and good, but the recording also features text narrated by one of the actors, Claude Lesko, in French. Except for the four bonus tracks, Lesko's voice, dramatic and sometimes near hysterical, permeates the proceedings, giving the listener little opportunity to enjoy Pulsar's playing. Maybe I'd enjoy it more if I understood the words, but I doubt it. This album was originally released only to theater-goers at the performances, and Musea has resurrected it to complement their other popular Pulsar reissues. The bonus tracks, culled from Jacques Roman's 1986 cassette-only solo album Mélodie Boréale, are mostly quiet, nearly ambient, and feature Gandil and Richard in supporting roles. I would leave this one to the collectors and completists, and go back to enjoying the band’s earlier work.