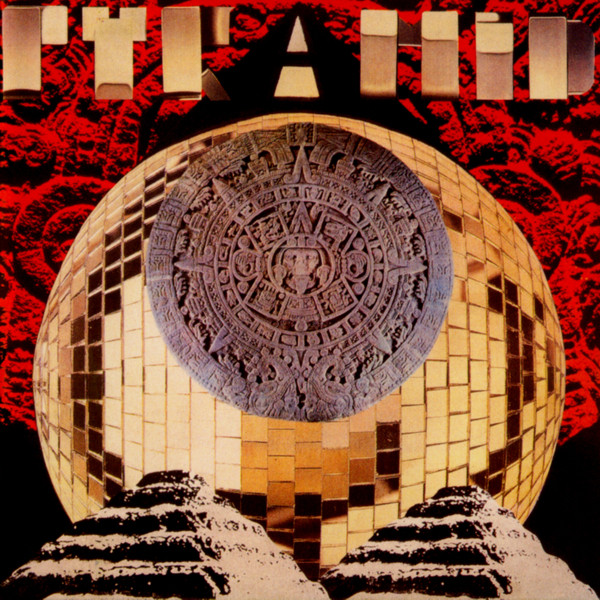 Guerssen continues to reissue albums by the legendary Toby Robinson. The latest is Pyramid with its single 33-minute track, “Dawn Defender.” Recorded between 1975 and 1976, “Dawn Defender” was Toby’s attempt to create a Kosmische Music album ala Cosmic Jokers, Ash Ra Tempel, Cosmic Couriers, etc. This particular release is more obscure than any of the other Toby Robinson Pyramid label releases. The original album lacked any useful information, other than the instruments used. “Dawn Defender” is obviously mixed down from a number of sessions as the music goes through many transitions and mood changes across its 33 minutes, from cavernous cosmic distances to trippy Krautrock phases with echo guitars and Melloton textures. “Dawn Defender” is one excellent piece of spacey rock. According to Alan Freeman’s liner notes, Toby Robinson told him that the music was basically composed and performed on the fly as it was recorded. They had no expectation of getting paid, just a liberating free expression of music in the studio’s off hours. As stated above, all that we truly know about the music is that it features Hammond organ, electric guitar, bass guitar, drums, Mellotron, mini-Moog, electric piano, and Tibetan bells. And Toby was successful in capturing the Kosmische sound. So if you are a fan of 70s cosmic Krautrock and other bands like Pink Floyd, Cosmic Jokers, Agitation Free, Ash Ra Tempel, Gila, Porcupine Tree, Amon Düül II, etc. you will enjoy this reissue.