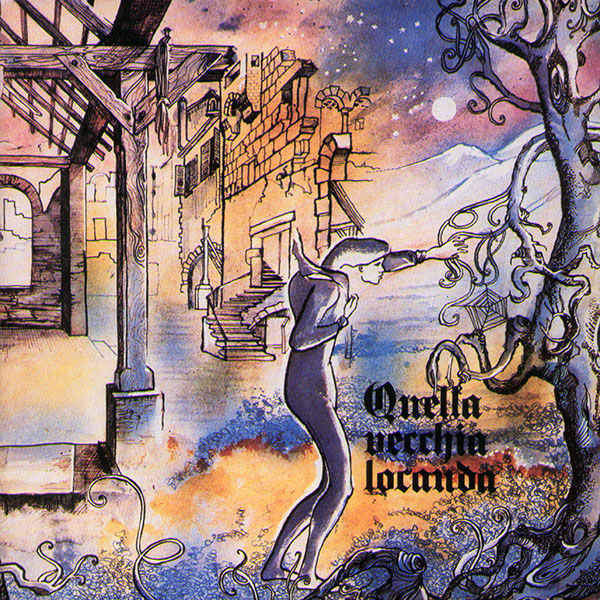 If early PFM showed a surprising amount of musical integration, the first album by Quella Vecchia Locanda showed a bit more of a split personality, one that worked really well for them. Take the classical violin intro to "Un Villaggio, Un'Illusione" that starts merrily, modulates minor and sets up a powerful hard rock barre chord riff. Or a similar approach on "Immagini Sfocate" where another symphonic intro leads way to another almost Sabbath-like riff with fuzz solo. Such an approach showed there might have been a bit of stitching different perspectives involved, something perhaps substantiated by the producer taking co-writing credits on all of the material. Whatever was going on, this rough-and-ready approach combined with classical stylings had some similarities with PFM (and both debuts came out the same year), but also seemed to have a lot of ties to early Jethro Tull and even a bit of Blodwyn Pig. Like so many Italian groups of the era, every transition led to a new surprise, whether a quiet introspective romantic moment or some sort of full tilt gallop forward, but QVL would always come back to something a bit more heavy rock. But if there was a split personality involved it was the hard rock half that lost the battle once the second album was recorded, the whole band shifting a lot closer to PFM. It leaves this one as something of an anomaly, it's perhaps in some ways a less conceptual cousin to Metamorfosi's Inferno or a more romantic brother to the Biglietto per L'Inferno album. Most importantly it was yet another stroke of genius from one of the great musical eras.