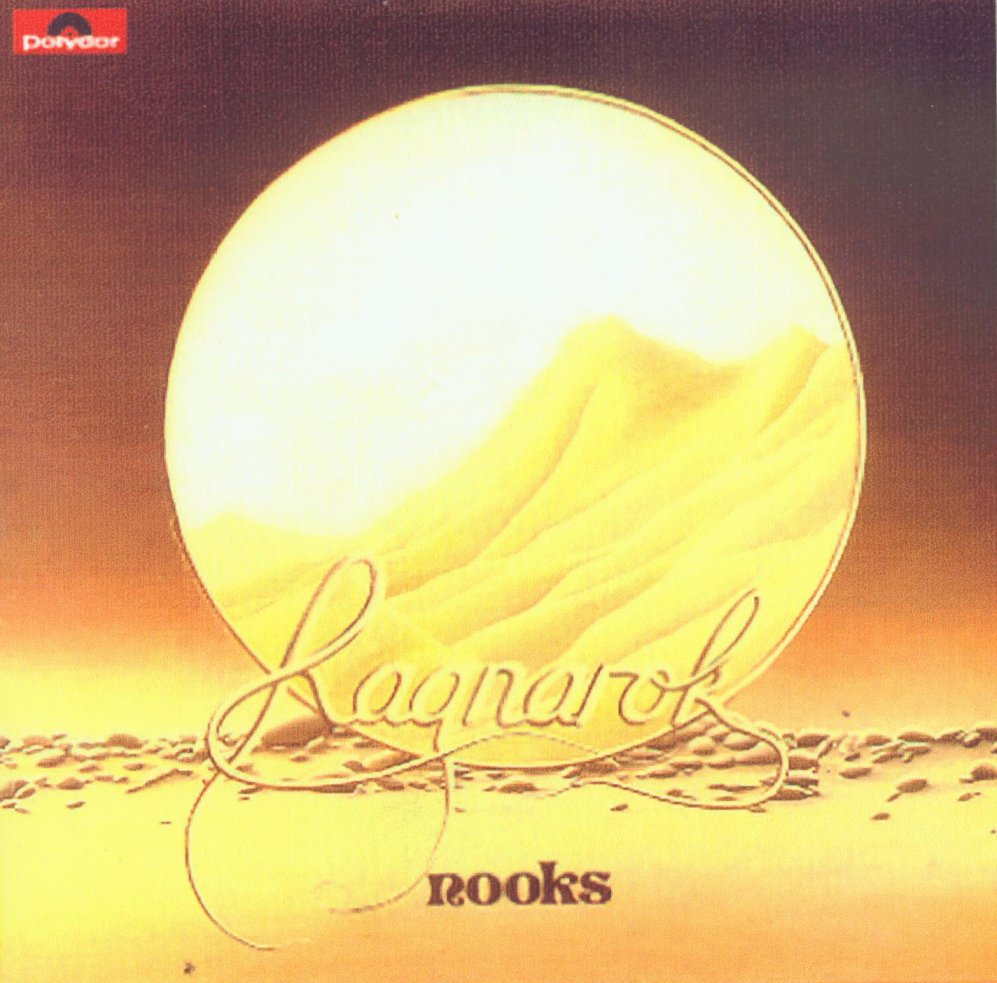 Belle Antique released this some time ago in the days when Japanese distribution was much more expensive and less widespread. It's a vinyl transcription of the second album by the New Zealand group (not to be confused with the Swedish band Ragnarök on Silence) a symphonic rock album that should have great appeal. Ragnarok's concoction reminds one of many English groups – Moody Blues, Yes, Genesis; lesser known groups like Fantasy, Kestrel, England, and an approach similar to Sebastian Hardie. Yes, a plethora of analog synths, tons of Mellotron and great dynamics. The only problem I have here is the obnoxious "Capt. Fagg," a Bowie-esque number with terrible lyrics and definitely out of place here. Fortunately, that's where the skip button comes in handy, the rest of this is solid sympho-prog that will appeal to most except the very adventurous.

Not to be confused with the Swedish band of the same name, this Ragnarok is from New Zealand and released two albums in the mid-70s, of which Nooks is the second. Their sound was a solid symphonic rock, fairly accessible, and typical of the times. Most of the tracks feature vocals, contributed by all four members, yet their presence doesn't overwhelm the music, which remains the driving force. Influences might include some of the early British mellotron bands like the Moodies, yet there is a jazzy / percussive element in some tracks that defies that comparison. A closer connection might be found in Australian band Sebastian Hardie, although Ragnarok eschews the languid soloing and makes every second count. They also have a nice acoustic side that surfaces from time to time. The odd track here is "Captain Fagg," a spoof of early 70s glam-rock that might sound more at home on an early Mott the Hoople album. The only negative is that the CD is a vinyl transcription, which may annoy some of the digital purists. Still, this is an album definitely worth owning.

Djam Karet - The Heavy Soul Sessions – Over the last four or five years, Djam Karet has gone through some evolutionary changes. Gayle Ellett has switched from guitars to primarily analog keyboards, and a fifth member Mike Murray has been...  (2011) » Read more

The Spacious Mind - Sailing the Seagoat – Here's an interesting concept. Take simple folk ideas, add a little psychedelic electronics and synth, add a few flute and bongo lines and some very radio-friendly vocals and brew up some long,...  (1996) » Read more