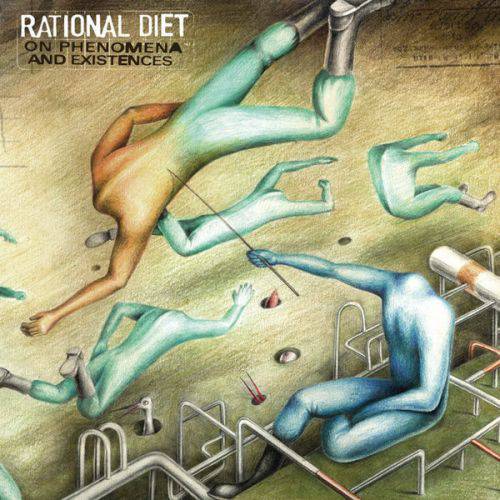 This is the fourth time out for this seven-piece chamber-rock ensemble from Belarus, their third in three years for AltrOck, a great label that seems to be able to do no wrong. Featuring drums, guitar, bass, piano, organ, violin, cello, and woodwinds – including bassoon – their music seems to be informed to be informed by 20th Century classical composers like Stravinsky, Bartók and Shostakovich, but also by the drive and electrified energy of complex progressive rock music. If it sounds like I could be describing Henry Cow circa Western Culture, Simon Steensland, Univers Zero, Zypressen, or Nazca, those would certainly be some good points of reference here, as Rational Diet seems to inhabit roughly the same space, with the dark foreboding character intact. The compositions are handled by either violinist Cyrill Christya or keyboardist Olga Podgaiskaja; the latter also provides the vocals on three tracks with lyrics (those lyrics penned from outside the band). As with the other artists mentioned, this is an ensemble where every note is tightly arranged, their work is uncompromising at every level, and their playing measures up to the highest standards. There is much here to recommend.