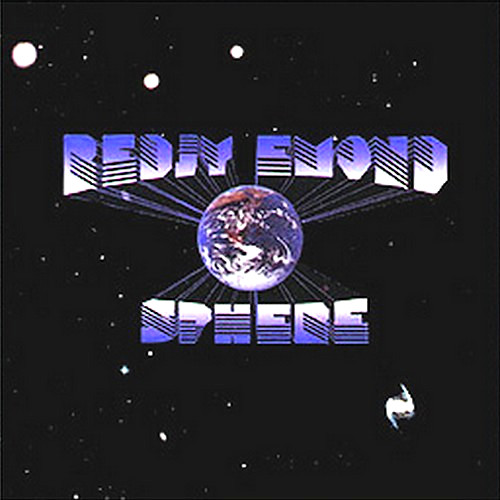 This is one of those albums that contains a one man rock band mostly controlled by synthesizers. I'm not too fond of the robotic tendencies of this way of going at it, yet Redjy is a more tasteful musician than most. His ideas are unusual and dissonant, his melodies meandering and often menacing. He's obviously trying to come up with a unique style of electronic rock, yet his keyboard talents would be more impressive in a band situation. In fact some vocals and a lot of guitar would have done this album a wealth of good. Still, there's enough tonal variation and impressive melodies to make it worth a listen. Recommended to Ars Nova or ELP fans more so than others.

Sphere is a complete one-man show by a keyboardist whose primary style is drawn from a very watered down Emerson (e.g. Keith on the last ELP: injured and should have waited) or Yanni on .5mg of speed. Actually the disc is pretty listenable if a bit hokey, since the compositions are pretty predictable. A few of the tracks are mostly pedestrian walkthroughs of well-traveled roads in the symphonic style. The suite of 11 songs is pretty and and only the slightest bit challenging. Emond's digital piano playing is much like Wakeman as well, sometimes incorporating motifs from a 20s melodrama. Even the title track (split into two parts on the running order) is not too awe inspiring, but nice just the same. A few tracks which represent the disc: "Periodos," which has a flashy Moog-type solo without the panache of a Wakeman lead. The "Ancestral" suite shows a slight bit more development, but falls short of reaching a memorable goal. Emond's keyboard arsenal consists of EMU Proteus, Roland, Korg, and Kurzweil state of the art stuff. The synth drums sound a bit sterile but that seems to be the trend. Wish I had a bit more to say, but not much to keep me interested past a few listens. Sorry Redgy.

Redjy Emond is a keyboard player from Quebec. He is a newcomer on the prog rock scene and while the pieces found on this CD constitute his very first offering, he nevertheless culminates many years of classical studies, which gives the music on Sphere a very strong background displayed mainly in the richness of the developments and the dexterity used in achieving them. This is keyboard music as in 'keyboard trio' in the progressive rock sense, appealing immediately to fans of ELP, Ars Nova, Lehmejum and others. What is different, in a way, with Emond's style, is the anchoring of melodies and the explorations done, surprising the listener with sudden, harmonically modified references to other segments. This structural approach, always supported by a rich and excellent palette of colorful orchestrations, gives Sphere its very own charm and balance between gothic archetyped aggressive keyboard trio riffs and a more enriched approach making way towards admirable developments. The music is always very dynamic, very up-front, making of Sphere a highly recommended album to keyboard trio music amateurs and to progressive fans in general. An album that is enjoyably listened to again and again.

Cream - Disraeli Gears - Deluxe Edition – What comes to mind when you think of psychedelic blues rock? For me, it’s Cream. They were the most important UK rock band out of the 60s besides the Beatles and the Stones. Eric Clapton, Jack...  (2006) » Read more

Various Artists - Floralia Vol.3 – This is quite a mixed bag of generally psychedelic bands from all around the world. It starts off with Cosmic Gardeners doing a nice sitar-accented tune and borderline irritating vocals. A track by...  (2002) » Read more

Gerard - Pandora's Box – Seems like just last issue we reviewed Gerard's latest, The Pendulum, and already there's a new album out. The lineup on Pandora's Box remains the same, led by the positively amazing...  (1997) » Read more

Rotary Totem for the digital age