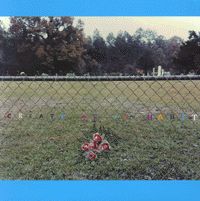 For those interested with tracking down the roots of master acoustic fret bender, Richard Leo Johnson, look no further! Uncovered from the independent release catacombs is a 1993 gem from Johnson and percussionist, Jud Martindale on an obscure label from Arkansas. All twelve tracks were recorded live with minimal overdubs from Johnson and showcase his then already great dexterity which can now be confirmed prior to his Metro Blue Note label release, Fingertip Ship from last year. Johnson's "habits" on this disc are just as spectacular as you'd expect. There are many notable pieces from the album's bright opener, "Men' Jahbo" to a few opus pieces including "Brick Dust and Fish Oil/Iron Mountain Waltz." The guitarist is adept at adding his own distinctive flair to the ten-minute track by using a shuffle rhythm counterbalanced by an Ozark Mountain motif. The second half of the piece has some added backing from electric sitar which adds a unique texture to the mostly acoustic outing. By tapping and utilizing an aggressive picking action, Johnson places himself on a plateau with Michael Hedges' high energy work. Too bad the two of them never had a chance to exchange a healthy musical dialogue. Percussionist Jud Martindale is at his best when not just time keeping by emphasizing the melodic context of the guitarist's backside so to speak. Overall, this disc is a welcome find to lovers of tasty acoustic guitar playing without self- indulgence or too much introspection.