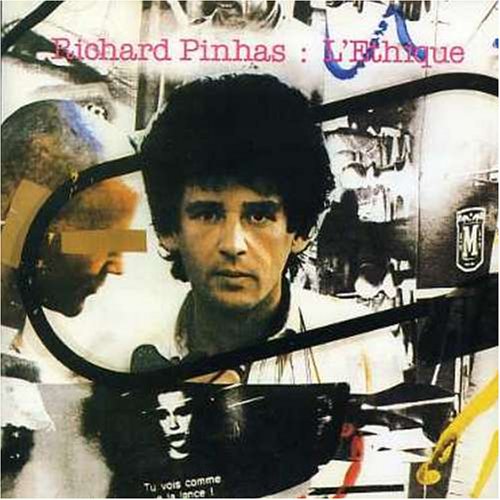 Even for those of us who were listening to music in 1982, when this was first released, it's hard to really recreate the experience of hearing something in that time. Unfortunately, I didn't get to hear this back then, and maybe it's not terribly relevant how I would have reacted if I had. Setting aside any questions of historical importance, let's just listen to the music Pinhas recorded. Yes, the programmed drum parts are kind of primitive sounding, but in this context it works. This music is not really about drums – it's about guitars and synthesizers and atmospheres, and that's where it shines. Musically it's a kind of cross between Tangerine Dream sequencing, Ashra space guitar, and a bit of RIO/Crimson aggression. The ten tracks vary the balance between those elements, so some are almost all sequencing, some are mostly echoed/looped guitar, and one (the outstanding "Dedicated to K.C.") is a full-band workout with dark overtones, much like Red updated with fierce synthesizers. L'Ethique is no dusty artifact that has to be taken with a grain of historical perspective, it's a solid artistic statement from start to finish, probably my favorite of his solo work.