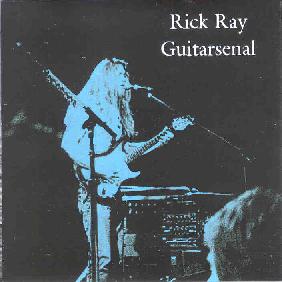 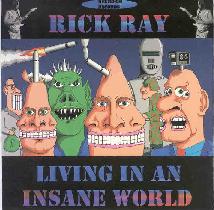 When I first put on a Rick Ray CD (I don’t remember which one of these it was), my first reaction was, “Do I have to listen to the whole thing?” An endless series of fairly stock rock songs with continual noodling on guitar, out of tune vocals, and annoying programmed drums was the last thing I needed. And check out those lyrics! “I see your brain has turned to mush / It’s like a toilet that can’t be flushed.” Ah, the pain of being a music critic! But I forced myself to endure both discs, and counted myself lucky that I only had two of Ray’s hundred and fifty or so releases. On his web site, Ray describes himself as a “Prog Rock Musician” but honestly there’s little progressive about his music aside from a few quick unison licks between guitar and bass. It’s pretty standard 70s-issue guitar rock, and while I can’t fault his skill as a guitarist, his continual soloing gets quite tiresome. The songs occasionally flirt with Beatle-esque melodies, acoustic picking, and spooky quiet sections, but virtually all of it could pass for outtakes from BeBop Deluxe’s Axe Victim – the songs Bill Nelson rejected as too ordinary. A real drummer and a decent singer would help Ray’s music immeasurably, but I’m still not sure how many songs I need to hear about conspiracies of government, media, and big business.