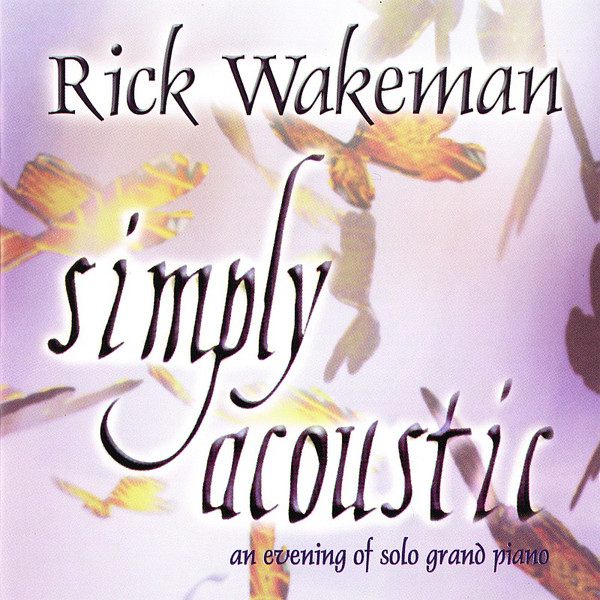 Recorded live at the Cavalry Chapel in Costa Mesa, CA in March 1994. Simply Acoustic is a solo piano retrospective through his career work with Yes, David Bowie, and even Cat Stevens. Modern radio listeners aren’t aware of just how much Rick’s work was prominent in AM radio formats (the early 70s predominant musical force). The primary focal point here is with work he has contributed to but not explicitly written (where I think Rick’s abilities are at their best). For example, "A Glimpse of Heaven," the opening track on Strawbs' From the Witchwood album (1971) is endearingly rendered with a touching approach, without much of the trademark overwhelming flash. Three songs starkly played, but noticeably having that Wakeman stamp are "Morning Has Broken" and "Space Oddity" (one of Rick’s first sessions). "Space Oddity," although written mostly by Bowie for acoustic guitar, has a stripped down appeal to it. The disc’s most impressive performance is on "Life on Mars," where Rick had a direct role in the keyboard arrangement — in fact Bowie gave him free reign to create at will for most of that album. Three Yes adaptations are also played (if you include the medley of "The Meeting" from the ABWH album with "And You and I") as well as a few of Rick’s own solo pieces. The only thing really missing is Rick’s levity, wit and stage conversation which would have lightened up the mood and made for a complete document of the live performance.