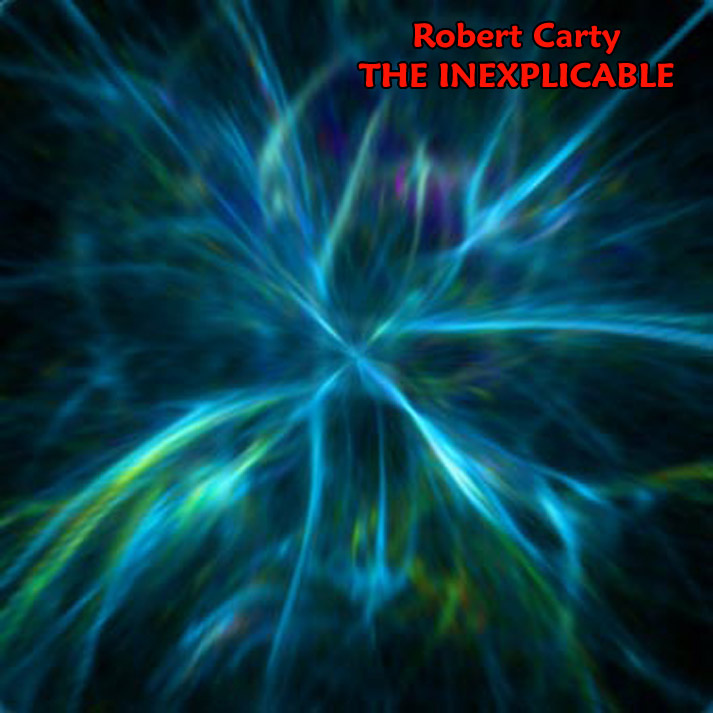 Robert Carty is an independent musician who runs his own label and releases several CDRs a year in a variety of electronic styles. He has an enormous back catalog that I have only begun to tap, but on the few that I have, the quality of music is impressive. The Inexplicable is one of his most recent productions, and it is an epic electronic album in the cosmic / space vein. It is a five track album, but there are basically two titles. “Dark and Drifting” is exactly that, a two-part suite that is full of cosmic synth drones and accompanying sound effects, both synthetic and percussive. It reaches an ethereal note similar to the drones found on David Parsons’ Himalaya or Yatra, a blissful feel with a hint of mystery and the profound. The three-part, over 30-minute “That Desert Feel” also starts in cosmic style, but sequencers also come into play as the track progresses, giving it a quicker pulse through the second part. It has a slow gentle fade out towards the end with soft, shifting, synth patches. Listeners of Parsons, Klaus Schulze, and other cosmic synth music should be sure to check this out.