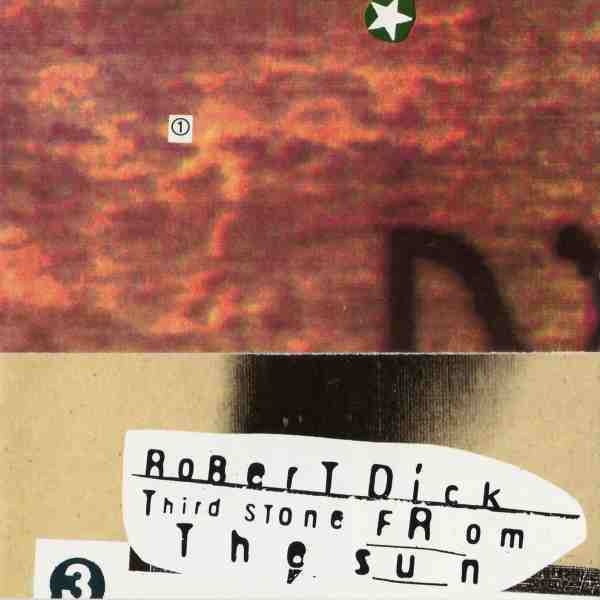 Robert Dick is probably the world's leading proponent of avant-garde flute techniques. His recordings and teachings, including the well-known The Other Flute have opened up literally a whole new world of expression to an instrument which previously had a rather limited vocabulary, at least in common performance practice. So while at first the concept of a flautist recording a "Jimi Hendrix tribute album" may seem a bit strange, it begins to make sense when one considers the parallels in terms of pioneering work on the tonal and performance possibilities of their respective instruments. As the title might imply, that's exactly what Third Stone from the Sun is, a Hendrix tribute album. Dick attempts to recreate Hendrix's sonic universe on a considerably more benign and limited instrument, and for the most part succeeds. No, he does not play his flute through a fuzz box and octave divider, wildly rocking back and forth on a wah-wah pedal. In fact, no electronic effects were used at all, which is one of the remarkable things about this album, considering some of the sounds he manages to create. Not only does he do a noteworthy job of impersonating the aforementioned effects, but he also manages on some of the tracks, with the help of overdubs, to evoke a truly electronic atmosphere. There are four adaptations of Hendrix tunes here, ranging from the solo flute fantasy on "Purple Haze," to the more straight rendition of "Voodoo Child (Slight Return)," complete with bass and drums, on which Dick captures nuance for nuance Hendrix's opening solo, before taking off on one of his own. The other three tracks are Dick compositions inspired by specific Hendrix pieces and moods, and tend to be even more experimental than the covers. The bass and drums, along with a string quartet (which rarely sounds like such, though) support Dick on four of the tracks. So he captures the sound, but how well does Dick capture the soul of Hendrix's playing? Again, admirably. Whether he's painting a mood or taking one of his solos, Dick's playing is, like Hendrix, loose and full of emotion. Still, except for the recognizable main riff of "Voodoo Child (Slight Return)," one could quite possibly listen to this and miss the Hendrix connection completely — this music definitely falls in the avant-garde realm. Overall, Third Stone from the Sun is an impressive display of avant-garde flute techniques put into a slightly familiar context for rock listeners, and is definitely a worthwhile listen for the more explorative.