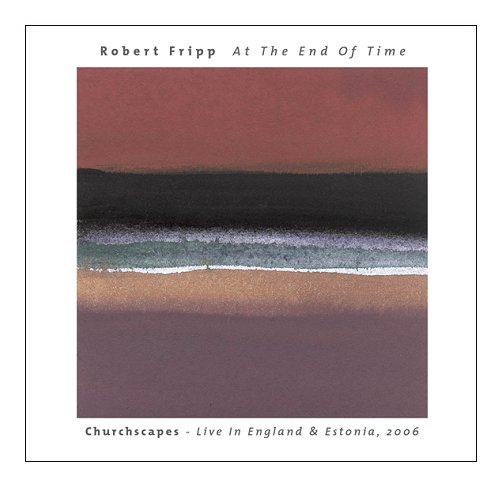 There is a great volume of music that we can work to comprehend, and there is a more elusive body within the body of music that it is best to apprehend. The first, of course, is a conscious understanding; the second, one of emotional understanding more appropriate to sacred works. That Churchscapes fits into the broad category of sacred music is obvious – by performing in churches Fripp aligns with the performance spaces of John Tavener in England and Arvo Pärt in Estonia. Yet acoustically Churchscapes does not sound very different than the Soundscapes. Comparing this recording with Pärt’s Kanon Pokajanen recorded down the street at the Niguliste Church would lead the listener to think that the church acoustics – while apparently considered in the performance – were not employed in the recording. Still, there’s less a sense of the guitar-only here than in other Soundscapes. Fripp even seems to quote fragments of “Starless” at one point, then proceeds deconstructing one of his purest and most melodic passages into a shimmering intersection of the formed and formless. Other instances reveal a welcome, gapped openness, as bell-like events coalesce into pattern and then follow the long declines of Eventide’s 80+ second delay lines into absolute and undisturbed silence, making for a fitting resolution to the carefully arc’d complexities that precede. Surely different from the Soundscapes series, but in some ways not quite different enough.

Music Emporium - Music Emporium – Music Emporium’s self-titled 1969 album is one of the rarest gems of the late 60s LA psychedelic scene, with only 300 copies originally pressed and an elaborate die-cut sleeve. Unlike some...  (2005) » Read more