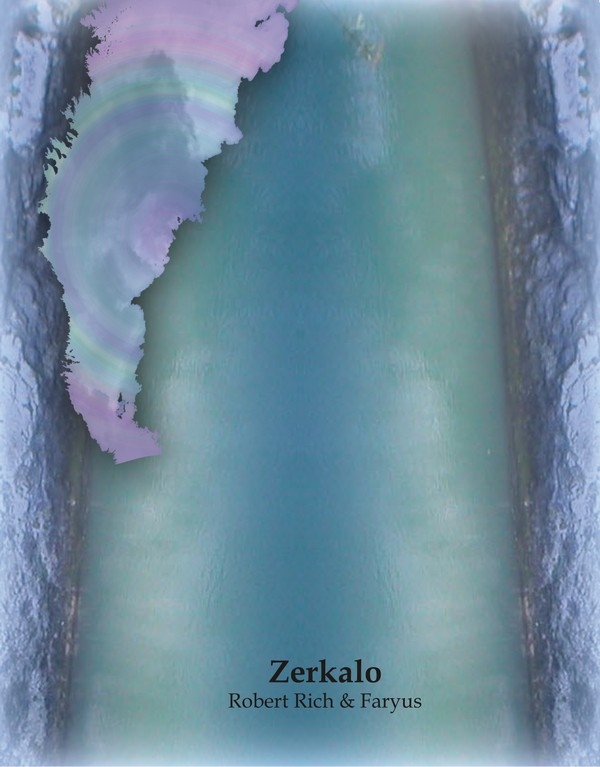 Even before ambient – an often systems-obsessed form – became acknowledged as the music to ignore, drones had already and long allowed the listener to suspend or focus attention, entering and exiting the work in complete confidence at any point along its arc. Originally drafted in layers, interacting at different intervals, frequency and timbral ranges, drone music once resulted from a somewhat artificially generated and aggregated density of sounds forced together to perform subtle acts of contrast, complement or congruence. The innovation since has been to move from the multi-track inspired technique of perishable audio layer cakes built of the related and unrelated into distilling apparently fused audioforms capable of acting as single, gapless and changing masses of rapidly breeding grains, in turn creating seemingly infinite and minute interior details. The six parts that comprise Zerkalo ("The Mirror") seem to take both history and innovation into account. An indivisible mass slowly destrands into glacial and metallic sheets, breathing envelopes shudder beneath while a proliferation of sourceless decays halt their declines, hover and finally dissipate into their opposite. These purposeful transformations push the work forward – only occasionally and unnecessarily do the composers resort to a few more conventional sonic events that might intimate some fragment of a piece by Ligeti. But the predominant surround remains one of congealed atonality, as broken surfaces support and then subvert the interaction of bits of their own debris, all remaining solidly part of the greater, deeper mass. Zerkalo seemingly perfects a self-contained, self-referential world

Orme - L'Infinito – Le Orme should win a prize for Most Consistent Band. From Felona e Sorona through to Il Fiume and now with L’Infinito, there’s an unmistakable continuity in terms of writing and arranging,...  (2006) » Read more