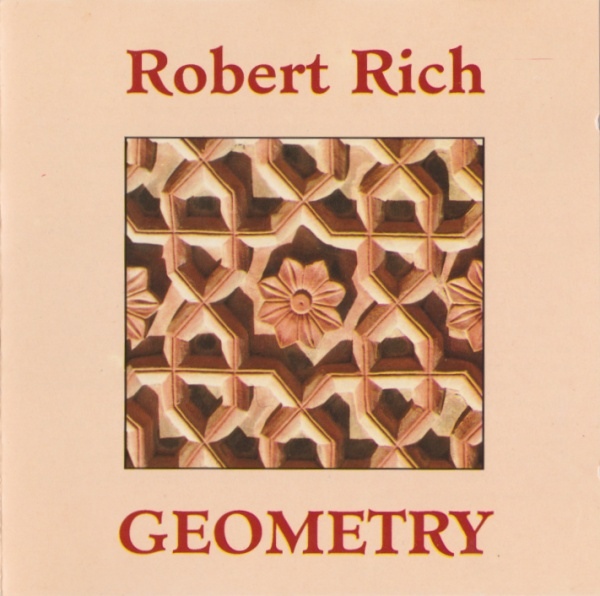 As the title implies, this reissue — originally recorded in 1987-88 and previously only available as a French import CD — crosses the bridges between mathematics and music, applying these relationships to the rhythm, melodics, and the very tonal constructs of the musical foundation itself. By using just intonation, Rich has eschewed the traditional Western scales in favor of the more mathematically pure. Then, by applying some of the more organic and explorative mood-scapes that are uniquely Robert Rich, these ideas avoid the tedious and cold experimental treatment that they would have received under anyone else's stewardship; instead, they blossom to life with beauty and warmth. So what does it sound like? The early tracks, "Primes Parts 1 & 2" and "Interlocking Circles," are vaguely reminiscent of traditional Javanese gamelan stylings — cyclical in flow and symmetrically structured, very flowing and natural. With "Geometry of the Skies," the music moves on to a more spacious plane, evolving slowly through ever-changing patterns of tonal color, building, growing and dissolving. This continues until "Geomancy," the sixth of eight tracks, where patterns and rhythmic structure are re-explored with bamboo flutes, kalimba and hand drums, yielding again to a more flowing synth-based piece, "Amrita," with the final track, "Logos," bringing the album full circle to a point not far from "Primes." Rich has wisely chosen to flow the album from the more structured and higher energy pieces to the more impressionistic low-key explorations, making it an excellent disc to wind down/out to; the music here is challenging as well, but the listener isn't forced to accept it only on that level. In all, this is a welcome reissue, and one that keeps finding its way back into my CD player with regularity.

Qoph - Pyrola – It’s been entirely too long since this Swedish band’s 1998 debut. Since that time, the band has formed their own label and started singing in English. Their basic sound is intact, however,...  (2005) » Read more