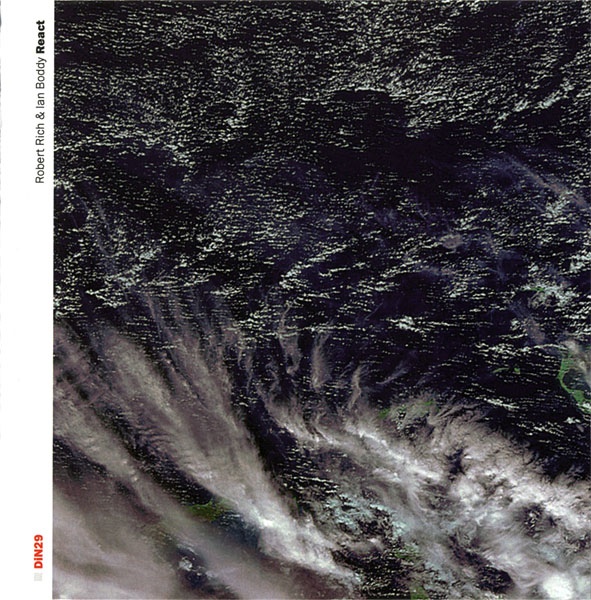 Space is the place for this live set – marking the 30th anniversary of Chuck van Zyl’s Star’s End. Synthesized voices overlap lap steel guitar phrases that sometimes float, sometimes charge in with pleasing levels of feedback. Synths, flute, processed laptop, and plenty of swept and stepped filters join closely-tooled sub and sonic metallic percussion. Once assembled, the pieces straddle the gulf between analog and digital styles. Sound like early Kraftwerk? Nope. But React does look both forward and back, showing off a wealth of highly polished technical skills illuminated by an aura of days-gone-by compositional largess based on the formlessness so central to the formation of space music. The eleven pieces slip and stream together, shifting in texture and mood with a conscious sense of pace and contrast, dropping hints here and there until we reach the tenth and title track. “React” is the summa, aggregating the preceding elements into a more deliberate whole. Here, darker hued nervous energy and a thicket of beats are layered with sampled or synthesized female voice and gouts of guitar all interacting with each other rather than remaining satisfied with the mere coexistence within the preceding pieces. Stopping short of Tangerine Dream’s formulaic “Stratosfear” – emulation of rock without rock insight – React is mostly brushed washes of stream-of-consciousness entrances and exits either hard or soft, fast or not fast, sheer or opaque, resulting in restless, layered music more intent on gaining your attention than holding it.

Kit Watkins - Beauty Drifting – Belying its apparent simplicity, this latest album from Kit — basically a piano album with some supporting synth work, recalls the ethereal spirit and moodiness of his classic Azure. The key to the...  (1996) » Read more