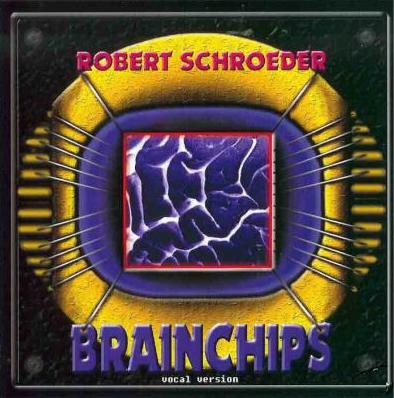 Robert Schroeder is back at last. Many years have passed, eleven years even, since Everdreams came out in 1994. After such a while, it’s a rarity that composers haven’t been touched by time. On the one hand the typical Schroeder style still present; on the other hand there have crept some other stylings in as well. There’s something peculiar with this release, it comes in two formats: vocal and instrumental. The vocal album has singing on five tracks from the Moroccan singer Rahal Brimil. He sings, not that good in a typical larmoyantic Eastern style. The instrumental version doesn’t differ from the vocal version, just the same tracks, only now without voice. Schroeder works with samples again, in a humorous way, like on “Froggy.” Some electric and acoustic guitar playing can be heard. Still, the big disappointment is, that it hasn’t got the depth of the best Schroeder albums from the past, it’s much more laid-back, much more mainstream and as such it’s a perfect album to use when you’re doing other things. I fear we won’t hear that unique typical Schroeder music in the future anymore, so we can only play and treasure the rich legacy (when will Galaxy Cygnus Alpha appear on CD?) from this still great artist.

Little Tragedies - Sixth Sense – I am having a bit of difficulty identifying my issues with Little Tragedies' third release The Sixth Sense and I don't wish to sound negative. I have tried unsuccessfully on several occasions to...  (2008) » Read more