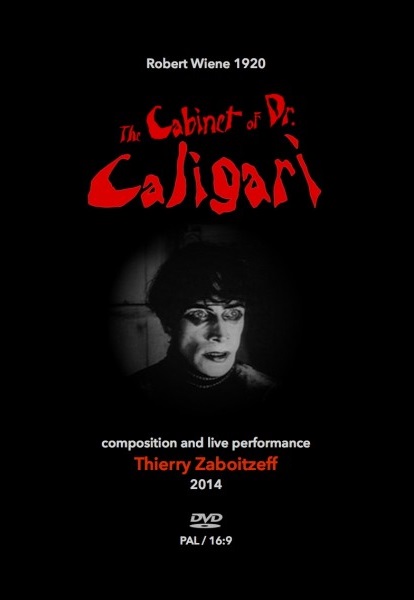 The Cabinet of Dr. Caligari is one of the most influential films of the German Expressionist movement and it is also considered to be one of the greatest horror movies of the silent movie era. Released in 1920, The Cabinet of Dr. Caligari is the story of a man named Francis who relates a tale about his best friend Alan and Jane the girl they both love. Alan takes Francis to a local fair where they encounter the mystic Dr. Caligari, who exhibits a somnambulist Cesare. Cesare is purported to have the ability to predict the future, so Alan asks Cesare how long he has to live. Cesare responds “until dawn tomorrow.” The prophecy is fulfilled as Alan is murdered at dawn and Cesare is the prime suspect. Cesare creeps into Jane’s bedroom, abducts her, runs from the townspeople, and eventually dies from exhaustion. Then, as Dr. Caligari flees, the police discover a dummy in Cesare’s cabinet. Francis tracks Dr. Caligari to a mental asylum where Caligari claims to be the director. And you are left wondering who is insane? And what is the veracity of this outré tale?

The print on this DVD is a beautifully restored copy of this spine-chilling and sinister movie with its surreal sets and non-Euclidian angles.

Over the nearly 100 years since its release, many composers have contributed music to Dr. Caligari. There have been jazz soundtracks, experimental soundtracks like Bill Nelson’s in 1981, and now there is Thierry Zaboitzeff’s avant-garde version. Thierry is no stranger to silent movie soundtracks as he was a member of Art Zoyd when they composed and played music for Nosferatu, Faust, and Häxan. For Dr. Caligari, Thierry composed and performed the music solo.

The is a PAL DVD, so US residents may have difficulty viewing it unless your computer optical drive can read PAL discs. The DVD contains three viewing options, the full movie with the soundtrack, Thierry’s concert performance with the movie showing on a screen behind him, and a four-minute clip highlighting various moments from the performance. If you choose the concert option, the inter-title cards are in German with French subtitles on the screen. By choosing to watch the movie itself, the inter-titles are in English.

I am not sure how Thierry is able to keep the live music in sync with what is happening on screen as he is concentrating on singing and playing the cello, guitars, synths, loops, and sequencers. But it all works and is fascinating to watch an artist at the peak of his skills performing complex arrangements on multi-instruments solo for 75 minutes. Obviously Thierry spent a lot of time composing and orchestrating the music and thinking about how to perform it live. Watching him you can tell that everything is deliberate, no improvisation. Thierry has quite an arsenal of instruments, electronics, and effects. A lot of the music appears to be triggered by drum pads, guitar, and his cello. Some of the sounds and instruments are so processed you would not be able to identify the source without watching Thierry perform. But this musical tour de force is outstanding and greatly helps to build the tension in the movie.

This DVD will appeal to film students, movie aficionados, and lovers of avant-garde progressive music.