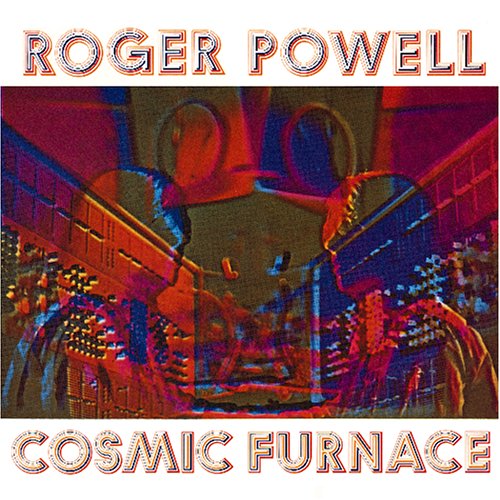 This legendary album from the early days of electronic music is a welcome reissue. The overall sound is a bit unusual because of Powell’s use of ARP synthesizers rather than Moogs. The tracks feature a combination of pulsating sequences and live playing on piano, Mellotron, Clavinet, and maybe other instruments (the credits are vague). Sometimes the sequences form little more than a rhythmic pattern, sort of a drum substitute, though it’s not like the drum machines that would come later. The overall result is quite far from Tangerine Dream style sequencer orgies, more like programmed parts as accompaniment to a keyboard fest. I’m reminded a little of Jan Hammer’s First Seven Days (1975), only with the jazzy inflection replaced with something more like rock. It’s easy to see this as a precursor to solo albums by other keyboard players, from Patrick Moraz to Hammer to Herbie Hancock’s Future Shock. The amazing thing is that Powell managed to do it in 1973. Aside from its historical value, the music is quite enjoyable, if not revelatory. There are some catchy melodies here and there, and some nearly funky rhythms. You can also hear similarities with his later Utopia work. The compositions do not simply jam on programmed grooves, but progress from section to section, with changing moods, tempos and tonalities.

Kit Watkins - Beauty Drifting – The title of this work is as apt a description as you'll come by for this music. Using mostly grand piano, electronic treatments, a mite of sampling, and a nice sense of space, Kit has fashioned an...  (1996) » Read more