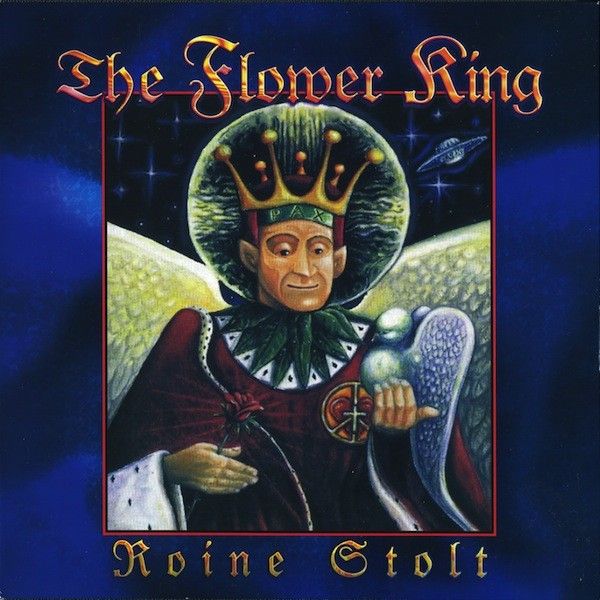 Its been a while since we've heard from former Kaipa guitarist Roine Stolt. This album received a lot of hype recently, and claiming to be a symphonic rock album from a member of Kaipa, I certainly wanted to check it out. Overall, this CD gives me mixed feelings. Immediately noticeable are the pop-styled hooks in the vocals and choruses. I was unpleasantly reminded of Live-Aid singles - "We believe in love..." The Flower King is a concept album that you have to read the liner notes to believe; it seems that Roine Stolt has become the L. Ron Hubbard of symphonic concept albums. On the other hand, this disc also has a lot of nice moves — Stolt is and has always been a superb guitarist and although he occasionally tries to be a metal guitar god, it's always nice to hear him play. It's also good to hear Hans Bruniusson back on a real drum kit (he plays on half the tracks.) Instrumentally the music does approach Kaipa with some nostalgic backward glances and some new yet strangely familiar themes. The soft symphonic parts are very nice, with a dreamy atmosphere, but it gets hard to take Stolt's vocals over the 70 minute length. In summary, it's not a bad album for someone who hasn't been too active in symphonic rock for quite some time and I'd say recommended to those who like more accessible progressive stylings.