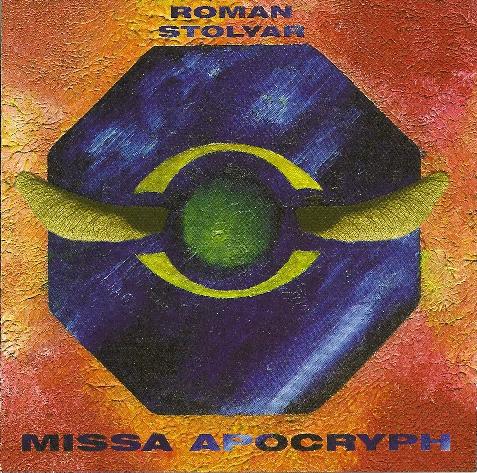 This release in no way fits the standard mold of Electroshock music (though they’ve been breaking that mode a lot lately, so maybe we should stop remarking on it!), being essentially a prog-rock concept album rather than experimental electronic music. Not being Catholic, I can’t speak to the religious value of this music, though I suspect that the lyrical source (the Apocrypha) might rule it out from official approval. I can, however, speak to its musical qualities, and those are quite appealing. It follows the structure of a traditional mass (“Kyrie,” “Gloria,” “Credo,” “Sanctus,” “Benedictus” and “Agnus Dei”), and is arranged for keyboards, drums, and vocal ensemble. The vocal arrangements are the star of the show here, thoroughly in a Classical mode (with some more modern harmonies) and gloriously polyphonic, often intertwining and overlapping in lovely complex patterns. A few sections, especially in “Credo” are essentially unaccompanied vocals. Two other passages of note are the instrumental portion of “Benedictus,” which is the most overtly rocking part of the set; and the long building of “Agnus Dei,” with its eerie string synth and piano backing. The rather sterile digital tones of the keyboards and drums are at first a bit off-putting, but in time the quality of the composition, in addition to the strong vocals, outweighs that flaw. Still, I would love to hear this music recorded by a full band; Stolyar’s keyboard work is good, but the impact to be gained from having a more robust performance would likely be impressive.

Gongzilla - Live in Concert and the East Village Studio – Bon Lozaga and Hansford Rowe have done a respectable job keeping their fusion offshoot of Gong alive and well and true to their vision. The bottom line is that the group serves up hot jazz-rock,...  (2006) » Read more