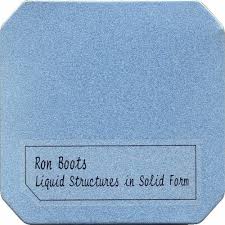 Ron Boots has firmly established himself as a force in electronic music. His latest release is, as always, accessible top-notch electronic music. The title track gradually unfolds over the disc’s opening 19 minutes, coasting along in effortless stride. A light, mid-tempo sequencer pattern is joined by fine solos, featuring a plethora of classic sounds for vintage synth fans. Just past ten minutes, after only hints of percussion, the drums finally assert themselves at just the right moment. The track shows Boots at his best, finding a comfortable groove that varies just enough to keep things interesting, resisting the urge to build too much into a melodramatic finale. In fact, it just smoothly levels off, knows when it’s time, and then it’s over just like that, without any pretense. “KGM” is mellow yet powerful, with just the right amount of tension. My favorite is “Thunder Road.” It starts with mellow strings and soft chimes, then a chugging bass line brings forth images of Jean-Michel Jarre’s Equinoxe. The key change with the thunder at the 6:00 mark is perfect. Later, it sounds just like Tangerine Dream’s Livemiles CD. But these are only reference points, it is all unmistakably Boots’ own identity. He even sings on the last track, “Soft Skin.” I wasn’t at all sure about this at first, but it is growing on me quickly. More great stuff from Boots.