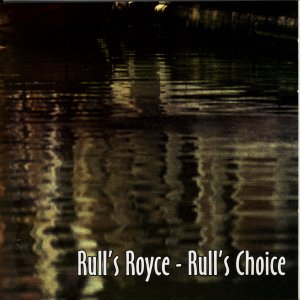 From listening to the music, you would guess that the leader of the band is the guitarist. Not that there are screaming guitar solos all over the place, but guitar does play a significant role at most times. Looking at the credits reveals that Toomas Rull is in fact the drummer, and he writes all the tracks. He and guitarist Frode Barth are the only musicians to appear on all tracks, with the rest of the parts played by a revolving cast of bassists and horn players. Rull has a light touch on the kit, favoring subtle snare and ride cymbal interplay over power. At times I’m reminded of Nucleus, with trumpet and sax leads, and some nice bass clarinet for color. At other times, it’s like Pat Metheny’s group with an expanded line-up. Barth has a diverse guitar style that often relies on the kind of techniques Bill Frisell is famous for, or maybe more like Metheny imitating Frisell. All the musicians acquit themselves nicely, and if there’s one flaw it’s that I’d like to hear them stand up and really go for broke, but Rull favors mellow, pretty moods over fiery, energetic ones. One standout is a track with an exotic flavor and some great hand percussion. The CD ends on a high note, with a melodic wah-wah guitar solo following one of the few brief drum solos – Rull is a drummer content to let his band get the majority of the spotlight.

Iva Bittová - Ne Nehledej – Iva is a Czech violinist/vocalist who worked with drummer Pavel Fajt on two stupendous albums (Bittova & Fajt and Svatba) before going it alone. This is her third solo work. (Caution: on her first...  (1996) » Read more

Speaking of Shadows under Veils