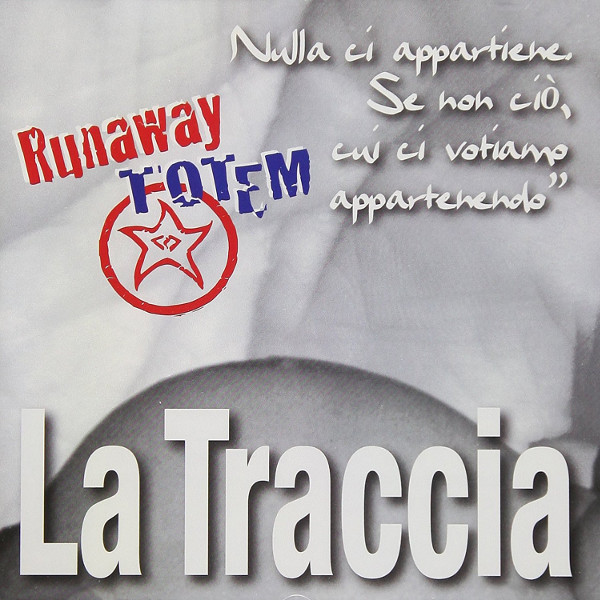 For some reason, several of the last few albums in my review queue have been odd avant-garde releases. La Traccia by Runaway Totem is no exception. La Traccia is my first exposure to this eclectic Italian band, though we have been reviewing their output since 1996. Reading through the four prior reviews, I would say that La Traccia is a major departure for the band. While on past releases Runaway Totem has produced sprawling side-long avant rock compositions, La Traccia contains 14 compositions primarily in the two to six minute range, each seamlessly transitioning into the next. Most of the tracks contain processed and distorted voices, at times bordering on the demonic, like an avant-garde Antonius Rex. The overall mood of the disk is dark and sinister, with heavily processed sound sources, woodwinds, keyboards, synths, neo-classical violins, and rock instrumentation. Every once in a while, they provide ululating vocals reminiscent of Area. Things get a bit weird on “Terra” with its chanting and incantations that must be invoking something with angry shouting and crazed glissando electronics and heavy bass. As you make your way through the music, it starts to grow on you. After a few minutes you begin to appreciate that La Traccia is really a good album. And towards the end of the disc, you experience “L’Uomo all’Incrocio” that morphs from an ambient intro to a strong symphonic prog rock song. And the album closes with the 11 minute “Trequa,” a piece that moves from sampled choral chords to crazed scat voices to ululating vocals to melodic prog to a disorganized break with playground sounds and back to melodic prog, to then slowly fade away. An unclassifiable album to say the least, but one worthy of investigation.