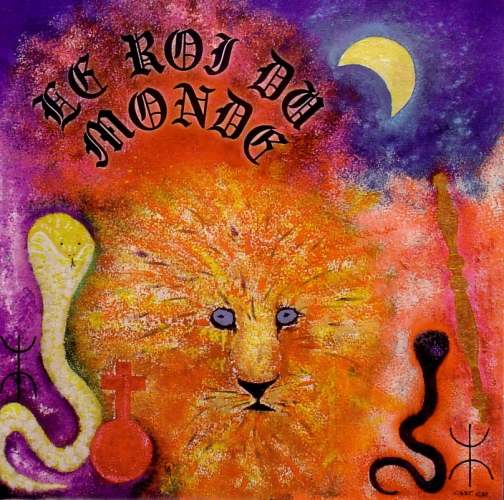 After close to twenty years on the scene, this Italian band continues to evolve and surprise, providing something new and unique with each new release. Le Roi du Monde (King of the World) is their ninth release overall and the third part of the trilogy 4 Elementi 5, which began with Esameron (2007), and continued with Manu Menes in 2009. The basic lineup of Cahål de Bêtêl (guitars, keys), Tipheret (drums), and Dauno (bass) is now joined by three new members: Issirias Moira Ducatti and Rafaello Re-Tuz Regoli (female and male vocals, respectively), and keyboardist Anbis-Ur Marco Zanfei. Augmenting this basic lineup is the twelve-piece ‘Modern Totem Ensemble,’ consisting of orchestral players, visual artists, and a poet / narrator. The album consists of only three tracks – the first and last are extended multi-part suites that approach or break the half-hour mark, with a shorter seven-minute piece in between them. The longer pieces evolve through numerous labyrinthine developments – each with several extended instrumental passages for the band, the orchestra, and both, as well as powerful multi-part vocal sections and some occasional Arabic narration. While there are some symphonic elements, as well as hints of jazz, their combination of instrumentation and voices is very unusual, tending to have a more dark and sinister character intertwined with volumes of mystery. The overall effect is extremely intense, occasionally reminiscent of some of the epic length pieces by Magma or early Art Zoyd, but more than anything their music refuses to be categorized.