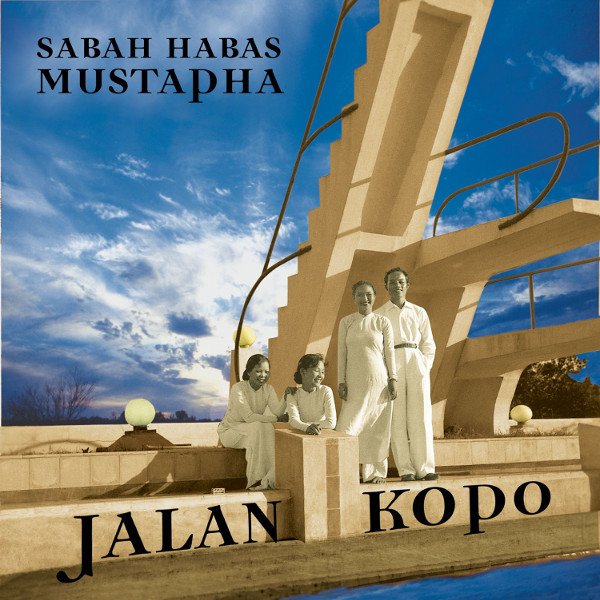 Sabah Habas Mustapha is (so the story goes) the Western-educated younger brother of the more famous (at least within Indonesia) 3 Mustaphas 3. He’s basically a singer / guitarist / songwriter with a cast of solid musicians around him (and in real life Camel veteran Colin Bass), and while this is a noble attempt to fuse Western music with traditional Indonesian elements, its problem lies in what elements of Western music it draws from: basically the most bland and typical adult-contemporary type pop. Add to that a pervasive use of drum machines throughout the album, usually in a dance type rhythm — especially sad given all of Indonesia’s rich percussive traditions. Aside from the basic premise of fusing two dissimilar musics, little here could be called progressive. Three tracks do stand out among the eight though — the opener, “Bandung,” with its strong Gamelan content, and the closer, “Habibeh,” with its powerful dangdut rhythms both hit the mark as far as Western-pop / Eastern-trad fusions go. The title track — an instrumental containing some beautiful traditional flute work and cool percussive Jews’ harp interplay is blemished by the chatter of an annoying drum program that plays through most of the song. Beyond those three there’s probably little here of interest to most readers.

Carmen - Fandangos in Space & Dancing on a Cold Wind – Do you like Jethro Tull? Curved Air? Flamenco dancing? Did you ever wish for a combination of the three? Your wish has come true, and its name is Carmen! And if you don't think they could pull off...  (1994) » Read more