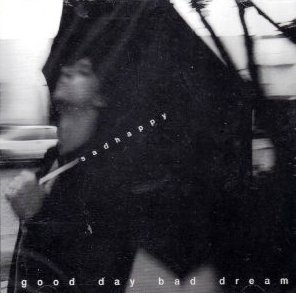 Sadhappy has been one of Seattle’s quietly active units for the last few years. The group has undergone some famous personnel changes (in particular the departure of key saxophonist, Skerik from Critter’s Buggin), but undaunted, they have hosted other notable guests such as jazz guitarist, Bill Frisell. For their fourth rhythm foray, the brainchild of Paul Hinklin (bass, guitar, and vocal) and drummer Evan Schiller has added another low-end voice to the mix by bringing in virtuoso ex-Windham Hill player Michael Manring (Attention Deficit, Cloud Chamber). The additional (more-melodic) bassist adds wider scope to the pieces as well as foundation end unlike any of group’s previous releases. The disc is as danceable as it is jazz funky as revealed in the opening track, “Hammering Man,” a rap about a huge collapsing structure used as a human metaphor. “Lacheesis Muta” follows a sinister fusion motif while “Oscar Wins the Lottery” is an amusing story of a lush who decides to go down to his local store and cash in on some girlie magazines! A few ambient fusion pieces are also strewn across the album, such as “The Kitchen Sink.” So for you enthusiasts, we simply have of case of bass & drums & more solo groove bass through classy attitude and an amusing rap / narrative style. The last track is “The Death of Webern” at almost 16 minutes, which is a massive deconstruction of multiple layering of bass and drum tracks.