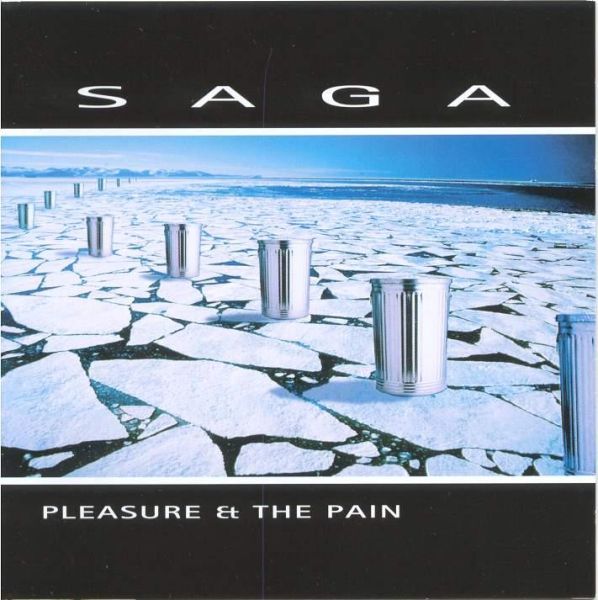 This year marks the 20th anniversary of Saga. Pleasure and the Pain marks their 12th studio album, and in many ways is an apt title. This release marks a return to the 4-5 minute rock song format and bears more stylistic similarity to 1993's Security of Illusion than their last studio release, Generation 13. Strangely, drummer Steve Negus is absent from the line-up for the album, but is touring with the band in support of the release. Also peculiar is that the keyboards are nearly insignificant throughout. Both these circumstances seem weird since this is supposed to be a big anniversary celebration record. There's a remake of the Beatles' "Taxman," plus two remakes of earlier Saga songs. Two other songs are also heavily filled with samples and riffs from prior Saga material. All in all, about half of the tracks contain rehashes of some sort. Maybe this was part of the intent, but it generates suspicion that perhaps the band was short on material. On the plus side, guitarist Ian Crichton continues to show why he's one of the best rock guitarists around. He's so featured, one might almost believe this album was his solo project. The best tracks are "Heaven Can Wait" with its funky 7/8 groove, the hiccup guitar laden "How Do You Feel," and harmonically radical "Fantastically Wrong." They show why Saga is still one of the best rock bands around. Fans of the "prog" side of Saga might find this release somewhat lacking in substance, but fans of the "rock" side of the group should enjoy this record a lot.

Klaus Schulze - Silver Edition – Silver Edition is a limited edition of 2000 boxed sets of 10 CDs sold on a subscription basis with the unsold sets finding their way to the mail order houses like Eurock and Ultima Thule at a much...  (1994) » Read more