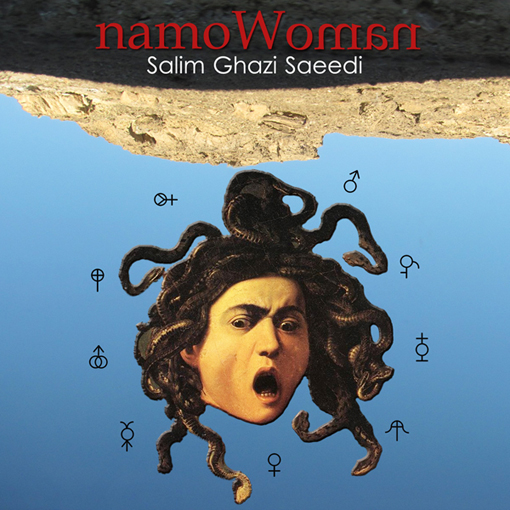 While the electric guitar is Salim Ghazi Saeedi's primary instrument, namoWoman doesn't sound like a guitarist's album so much as chamber music with electric guitar and (sometimes) drums. Other instruments featured prominently include piano, violin, and cello, all played by Saeedi himself. He's an excellent guitarist with an eclectic style mixing some metal elements with some fringey jazz and even avant-garde. The guitar is usually the lead voice in the arrangements, but there are some really nice moments for cello and piano as well. Aside from the stellar guitar work, the instrumental parts are well-played but not flashy. The arrangements are sophisticated, with a high degree of polyphony — the strings are not just playing chords to back melodies. The drum parts are interesting, and don't sound like standard rock or jazz parts, but often lock in with the other parts in unexpected ways rather than playing repeating patterns to provide a backdrop. Many of the tracks feature a low bass part played on the piano, with the right hand on the piano playing intermittent phrases and chords, often together with cello or one of the other instruments. It's exciting music with a very intimate feeling to it. The title of the CD, namoWoman, stems from an elaborate linguistic construct Saeedi has developed to use typographical elements to express philosophical propositions, but I won't go into that. The music stands on its own, and should be of interest to any fan of RIO, chamber prog, and unpredictable guitar.