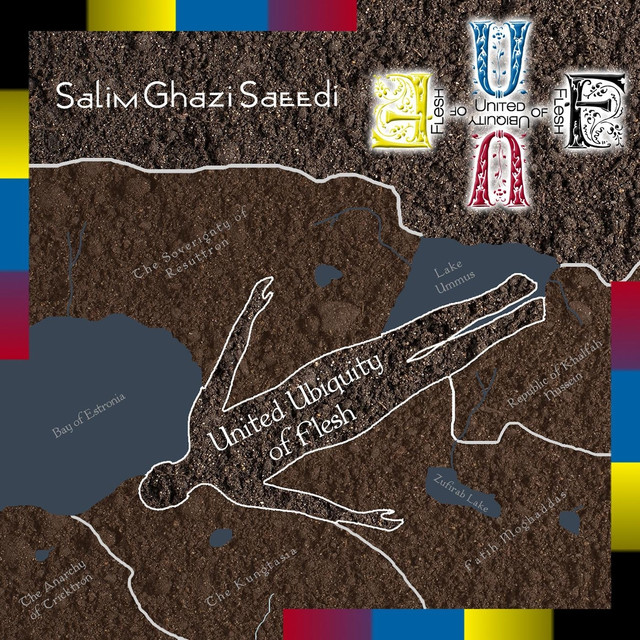 Much has changed since Saeedi’s last album namoWoman (2012), which is hinted at by the empty outline of a man’s body inside the borders of a country, presumably his native Iran, where Saeedi grew up and released a handful of albums with his band Arashk, then three more solo albums in the years following. The empty outline signifies his absence, and the territorial limitations he faced there as a composer and musician. Now having migrated to Australia since his previous album, this latest release, United Ubiquity of Flesh, finds a fresh turn in the lack of confinement with more freedom of expression and musical liberation, while still retaining the essence and memories of the music of his homeland. This is gritty instrumental guitar-driven power rock, with a definite middle-eastern feel, modal scales, blistering solos, and free-wheeling improvisational feel. Saeedi plays all the instrumentation himself, rhythm and solo guitars, bass, drums, and keyboards, as well as handling the mixing and production, right down to the cover design — this is one man’s singular vision. In that respect, this is very different from his three previous solo releases, which include Iconophobic (2010), and Human Encounter (2011), and in fact sometimes bears more in common with his work with his early band Arashk. Several years have passed since, and this may be his time to reflect on that sound and rework some of the embryonic conceptual ideas that were developed in that timeframe. The power and fortitude on display throughout this latest release result in a relentless and uncommon hybrid of eastern and western ideas, perhaps what King Crimson might have sounded like had they grown up in the middle east instead of Britain.