Sally French — The Other Side
(SI Music Simply Thirtynine, 1994, CD) 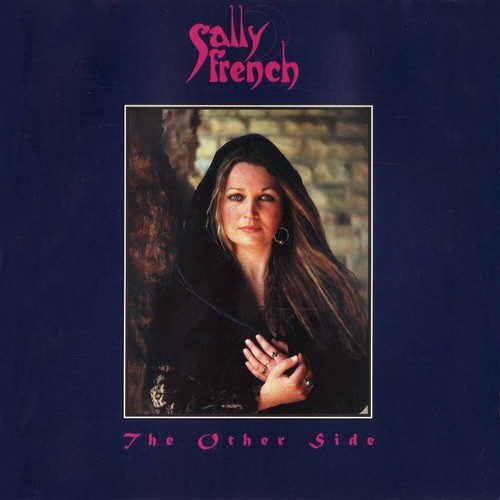 Fans of Annie Haslam listen up. If you're into powerful female voices backed with rich symphonics, then Sally French delivers the goods. The comparison with Renaissance has a solid base, but occasional similarities with Kate Bush, Heidi Kemp (Solstice), and some of the early British singers like Sandy Denny, Clodagh Simonds (Mellow Candle) and others may come to mind also. Her voice is expressive and pure, but unlike Haslam, a bit more soft and understated. All of the album's eight tracks were penned by French, who is credited only for vocals. The music resides along the folk-pop axis, but for the most part is cloaked in heavy symphonics, utilizing string synths and Mellotrons to build a larger-than-life wall of sound. Keyboards, orchestral harp and 'tron are provided by Dave Etheridge, while other musicians handle guitar and drums. Compositionally, the music rarely goes beyond being an atmospheric backdrop for voice with some melodic embellishments — there are few solos or other instrumental excursions that would truly bring it out of simpler realms and into the leagues of a Renaissance or Solstice. Still, for what it is, it holds its own well. The only letdown here is her attempt at a rocker (and perhaps a hit), "My Time Has Come" with its cheesy lyrics is in total contrast the high standard set by the rest of the material. That ignored, this is a beautiful album that I'm sure many would enjoy.